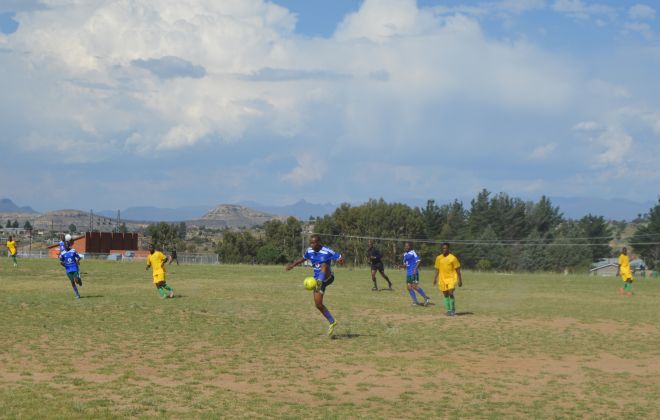 Kick4Life will target an immediate return to winning ways when they visit Liphakoe in the Vodacom Premier League encounter on Sunday afternoon at Mt. Moorosi.

The match is scheduled to get underway at 15:00hrs

This match was cancelled last month after heavy rains falls that fell-foul of the bad weather with the hostile conditions rendering most of the pitches unplayable, and forcing the football governing body to cancel the matches and the pitch at Mt. Moorosi was one of the grounds declared unplayable.

The visitors are seeking redemption following their 1-0 defeat to the fifth placed Sandawana last Saturday where they showed character despite the uncomfortable conditions of the pitch. Lesli Nots’i’s side are eighth in the standings, they have drawn seven of their 14 matches, won four and lost five.

A win over Liphakoe could see K4L on level points with LDF, with Kick4Life needing to score at least five goals to see themselves occupying the seventh place, and they will have to dig deep as they are now aiming at avoid their third league loss in a row.

Shifting the point of view to Teele Ntsonyane’s men, they are fresh from their 0-0 draw with Bantu in what was regarded as the “derby of the South” and they will be hoping to keep the ball rolling and record their first home victory when they welcome the Maseru outfit.

The maroon and gold charges lie in the critical relegation zone, in the eleventh position, with only two points separating them with the bottom placed Mphatlalatsane who are on twelve points. Liphakoe however, have a game in hand compared to Mphatlalatsane and could still see themselves off the danger zone if they win their match against Kikc4Life.

Although they had a slow start of the season with back to back draws and loses, the Southern side have picked their rhythm after beating Mphatlalatsane 5-2 and going on to pick a point against Likila and Bantu. Coach Ntsonyane will be happy to welcome his star midfielder Tsepo Toloane to the fold after returning from a red card suspension.