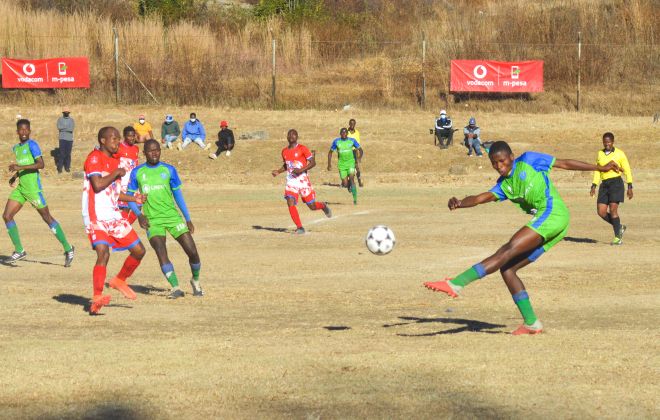 Coming from two consecutive losses to claim a point against the reigning champions and title chasers, Bantu last Sunday, Kick4Life take the positive energy into their next game when they host Sefothafotha on Saturday at LCS grounds.

Realeboha Ralenkoane was the hero for the day, scoring a brace and giving Kick4Life the lead over Bantu, only for Hlompho Kalake to find the net two times and force the match into a 2-2 draw.

The result continues to give hope to the Kick4Life team that they can change the situation in their log standings and start collecting points.

Speaking to the club’s media team captain Teboho Lekhooa said they take the positive attributes from the match against Bantu into their upcoming fixture against Sefothafotha.

“It was good to claim something last week, of course we wanted all the points but coming from two loses in a row to claim a point against the team that is chasing for the title, it’s something that says we will get there. We showed character against Bantu, we were solid and I am definitely sure that even on Saturday we will continue to do well,” he said.

Lekhooa said they go into this game with their heads held up high and fully focused. The skilful midfielder warned that the fact that Sefothafoha have not been doing well makes them a threat. “We have to be very careful, they have not been winning and that makes them even more dangerous. We will give them the respect they need”.