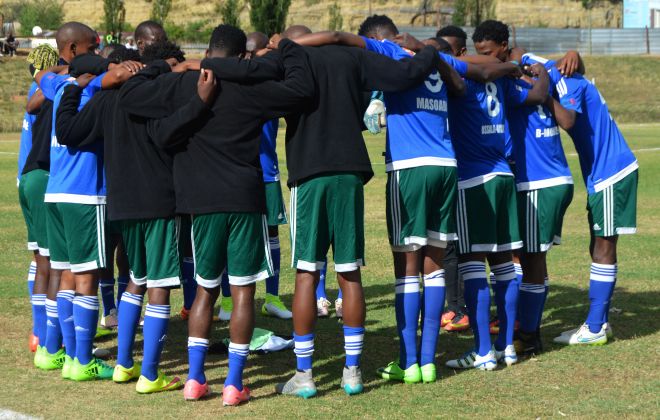 Kick4Life will look to return to the field of play when they visit Sefothofotha at PTC grounds on Sunday in the Econet Premier League.

This match was postponed in December 2017 due to both teams having players participating in the national U20 team and was set to be played on the 14 January 2018.

Kick4Life are seventh on the log and they have had to make do with slim victories as goals have been hard to come by. Coach Leslie Notsi urged his troops to stay focused as they approach an important game on Sunday.

“A very tough game that we are expecting from them, they have been doing well lately but I believe we are also going all out to see to it that we continue where we left last year as its very important to us as Kick4Life to get back in the mix of things,” he said in a press conference earlier this week.

The team wrapped up the year with impressive wins against Liphakoe and Linare and such wins catapulted the club to move to seventh place and two games to play before completing the first round fixture.

Earlier this week at the media briefing, it was announced that there are two players who will not be with the club this year. Seidu Kassum’s loan from Liphakoe was not renewed while Relebohile Thulo is loaned to Maseru ACE. This was said by the Director of Football Chris Bullock.

Sefothafotha have not had it easy since gaining promotion into the elite league as they suffered back to back defeats. However, they beefed up their technical department with the experienced former Lioli mentor Mosholu Mokhothu, who since his arrival, looks to be working well with Tisetso Molete, Sefothafotha’s coach.

The Mabote based have amongst their squad, Bokang Makhetha who unfortunately did not have his best spell at Matlama. Makhetha, has however seemed to be influential in Sefothafotha. Forward Tseliso Botsane has given many premier league teams a headache and could be one player to win the game for “Sehenehene”, as they are popularly known.