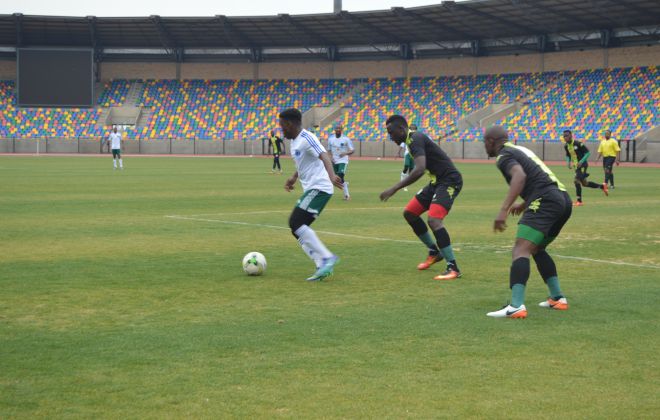 K4L take on Likhopo in opener

Kick4Life F.C get their Vodacom Premier League campaign underway with a clash against FC Likhopo at LCS grounds on Saturday.

The match is scheduled to get underway at 15:00hrs

The Old Europa side enjoyed an impressive pre-season, seeing off the likes of Mazenod Swallows and Limkokwing. While, they also played to a 1-1 draw with South Africa’s PSL side, Bloemfontein Celtics.

The team has made a number of signings with youngsters Mokoteli Mohapi from Tsenola United joining the club together with former Likhopo captain and midfielder Bokang Mothoana, who is yet to mark his debut, as he is still nursing his injury. While Tsepang Bulane and Chido Shoniwa have been promoted to the first team.

Kick4Life managed to claim four points against Likhopo last season, causing the biggest upset on the Red-Devils when they missed the top four stake, thanks to goals by Morapeli Lesoetsa and Mako Makoanyane.

There are also remarkable additions in the team with Sorel Ossala-Okoko coming in to fill the space left by Lesia Thetsane who will be plying his trend in the United States, while Sefuli Ntoi and Tseliso Sejake are some of the new midfielders, and they will be up against their former team on Saturday.

Likhopo on the other hand come into this game looking for revenge and to restore their parity against Kick4Life who played a big role in the Red-devils’ failure to make it in the top 4 last season. Earlier this month, Likhopo made some changes in their technical team, bringing their former player Tsepo Hlojeng as the new head coach, while Tseliso Mofolo will be assisting him.

They have had an impressive preseason campaign beating the reigning champions Lioli two weeks back, and youngster Majara Masupha looks to be force recognised. In his first season in the premier league, Masupha helped Likhopo to a successive fifth place finish in the log standings, scoring some important goals for his team.