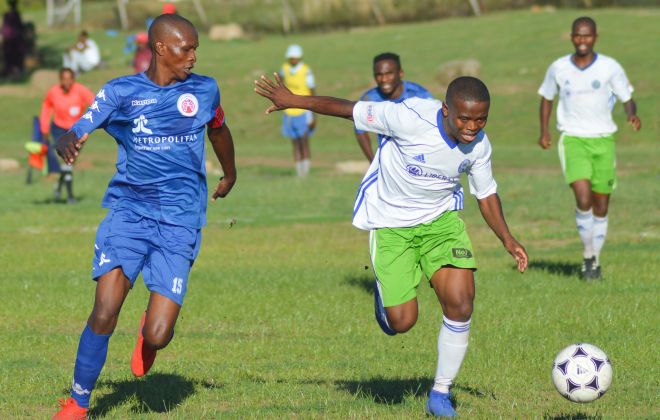 K4L take on Likhopo at home in EPL

Kick4Life host Likhopo in a possible thriller this Saturday in the Econet Premier League clash at LCS grounds.

Kick off is at 1pm

The Old Europa side come into this match beaming with confidence after beating Linare 2-1 and clinch 3 points on the road last Sunday. Playing at their own backyard is an added advantage and a motivation to go all out and claim all the points.

Sanele Phantse registered his first goal last weekend and the upcoming youngster seems to be enjoying his spell. The combination of Mokoteli Mohapi and Paballo Mafeka in the midfield is forming a deadly force and these pair could influence the game for Kick4Life on Saturday.

After joining Kick4Life from Likhopo last season, Seeiso Lerotholi will be looking to deny his former club a win.

Likhopo on the other hand will also be looking to bounce back from LCS defeat. The loss to LCS put them on the 11th place, the position which they are aiming to move up from. They will be without their head coach Halemakale Mahlaha who is currently in Malawi guiding Lesotho U17 team at the COSAFA tournament.

Likhopo managed to secure the services of former Kick4Life midfielder Lebohang Pitso. Pitso joined Kick4Life in 2015 and played a number of matches, one which he was part of the squad that beat Linare 1-0, courtesy of Morapeli Lesoetsa’s second half goal.

In head to head, Kick4Life hold the upper hand over Likhopo. In their last eight league meetings, Kick4Life won six games, while losing one and one ended in a stalemate.