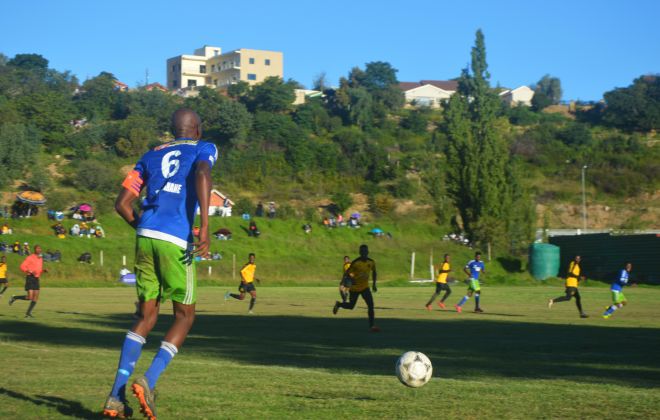 Kick4Life and LDF will meet in the Econet Premier League on Saturday at Ratjomose grounds at 15:00hrs.

This match is rescheduled after being disrupted by heavy rainfall on Easter Monday which forced the match officials to abandon it early in the first half. The game was still goalless at that time.

This is an important game for Kick4Life as they come from a 2-1 defeat to Bantu last weekend and they really need a won from this one to keep their hopes of Top4 alive.

However, despite their loss, the Old Europa based are still on fourth position, five points ahead of LDF who still have two games in hand.

LDF on the other hand saw their match against Majantja being cancelled due to the waterlogged pitch in Mohale’s Hoek.

Nkoto Masoabi is an important man to Kick4Life at this moment with his back to back goals. He scored against Bantu on Sunday. At the moment, he has 12 league goals.

LDF have aligned the squad of youngsters and the results have been coming for Motheo Mohapi’s side. New comer, Tsepo Toloane has been influential in the team as a target man, netting in most of “Sohle-Sohle”s matches. Thabang Rabi has also been marvel upfront together with Koete Mohloai in the middle of the park.

In the first round when Kick4Life welcomed them, the match ended 1-1 with Toloane converting the penalty for LDF, while Ralekoti Mokhahlane scored late in the game to settle a point for K4L.