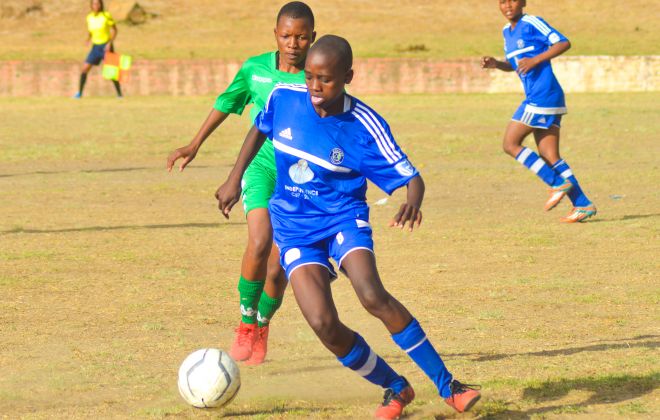 Nteboheleng Mohoshela scored the only goal for Kick4Life while Phuzile Molefe’s brace was enough to hand the hosting team victory. Despite the loss, Kick4Life remains second in the log standings.

Mosilinyane Lefaphane produced an excellent dive to deny LDF the goal in the 17th minute. However, Lefaphane could not stop Molefe from finding the net as she rifled from outside the box in the 21st minute and give LDF the lead.

Nyakallo Taole was unfortunate to sustain an injury and she had to be replaced by Kefuoe Makoa at the half hour mark. Mohoshela restored parity for the Old Europa ladies, volleying the ball over the goalkeeper in the 36th minute. Kholu Lebakang blasted the woodwork just before the break.

Mankala Letsepe was substituted after the break and Lerato Tsoinyane came on to play on the right. An error at the back saw Kick4Life being punished, Molefe headed home to give LDF the lead once again in the 63rd minute.

Kick4Life punished for a goal and they thought they had found it in the 84th minute when LDF goalkeeper looked to have handled the ball after the goal-line but the referee waved her hands, signalling a play on.

On the other hand, Kick4Life development continued their good run in the B-division league, collecting a point on Sunday against Roller Stars.