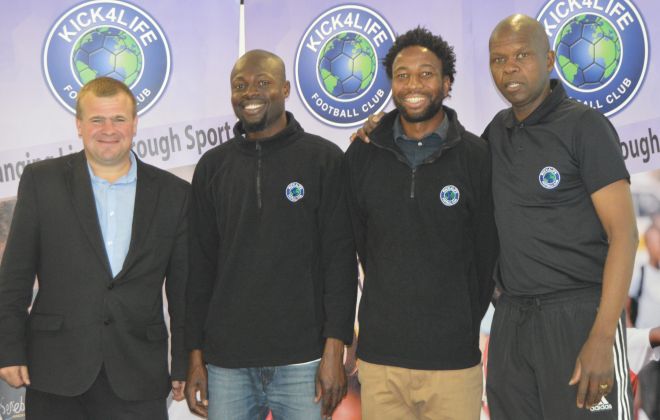 Kick4Life has strengthened their squad with the services of Tsiu Moorosi and Seidu Kassum ahead of their Vodacom Premier League clash with Sky Battlaion this Sunday.

This was announced at the team’s press conference on Tuesday afternoon with the presence of the Director of Football Chris Bullock and Head Coach Leslie Notsi. Moorosi joins the team on a season long loan from Matlama while Kassum has penned a three year deal.

“We are pleased to announce the signing of Tsiu Moorosi from Matlama and Seidu Kassum from Liphakoe. These two players we have seen them playing in the premier league in the few seasons, we have seen what they can bring to us so we are happy to have them now,” Bullock said.

Bullock also said it’s great to have the two in the squad because they carry with them heavy experience to help the team as well as the youngsters. He further stated that as they club, they would not want to put pressure on the team because they are aware things are not going to be easy judging from how well the team performed last season.

On his part, Notsi expressed his delight to have Moorosi and Kassum, whom he said they will add value into the club.

“Of course we will miss the services of Thabiso Brown, Morapeli Lesoetsa and Thapelo Tale because they gave us more than 30 goals last season but with the squad we have plus the addition of Tsiu and Seidu, we will still be a competitive team,” he noted.

The two players expressed their gratitude to the team for having faith and confidence in them and promised to work hard and help the club get good results.