Kick4Life slip to loss against LCS in EPL 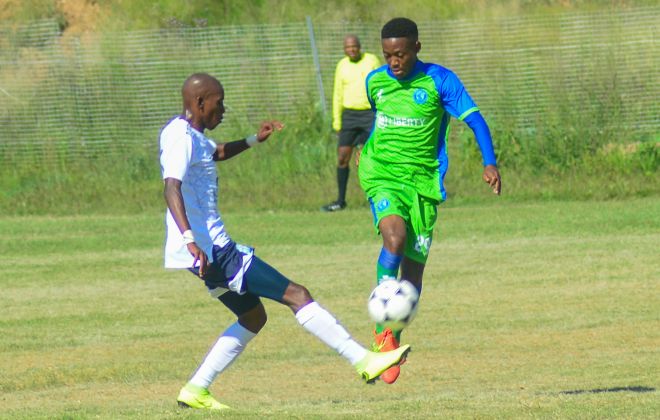 After dropping points to LCS this afternoon, Coach Paul Westren said it was a closely contested affair which seemed that either of the two sides that could score a goal would end up winning by just that goal.

Thetso Posholi’s second half finish was the only separation between these two sides as Kick4Life now return to the drawing board.

“It was a tough game, both teams were on each other’s toes and it was clear that one goal would separate these two sides. I think we matched them in many areas and we also caused them some problems, unfortunately we didn’t win it. We just have to work on the part of focusing until the end because this is not the first game where we go into the break on level terms, then we concede in the second half,” he said.

Kick4Life started the game well, Maphika Matobako made an excellent pass to Mongezi Mologovane but goalkeeper Kopano Silase was quick to spot the danger in the 9th minute.

Setho Moshoeshoe went close to scoring in the 18th minute but he missed out at the near post. After missing many games due to an injury, Paballo Mafeka returned to the starting XI and the defensive midfielder did well to clear the danger in the 31st minute. Mologovane almost clinched one for his side before the break after a great touch on the ball but he missed the target.

After the break, Ts’eliso Botsane made a brilliant run in the box with the ball and found Mologovane who missed the chance in the 59th minute. A minute later, Posholi used his pace to outsprint Liteboho Nkune and curled the ball over Lebohang Nkeane to open the scorings.

Kick4Life almost levelled matters in the 63rd minute when Mologovane’s cross landed in Johannes Molapo’s path but he fired wide at goals. Unfortunately, the game ended in a defeat for Kick4Life as they now look to redeem themselves against LDF in the midweek clash.

On the other news, Kick4Life development won 7-1 against Chiefs in the Maseru Region B-division league, while two players from Kick4Life’s women team, Thato Sentje and Thato Sentje started in an international friendly against South Africa on Sunday.

Man Of the Match: Mongezi Mologovane