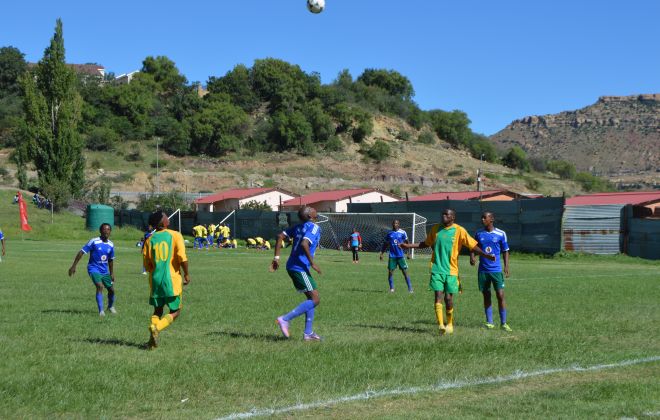 Kick4Life will be eyeing their third consecutive win in the Vodacom Premier League when they host Linare at Setsoto Stadium on Saturday.

Leslie Notsi’s Kick4Life has lauded the mental strength that they can compete with any team in the league and that has really paid off as they recorded impressive victories against the big teams in the country.

At the moment they are buzzing with confidence after their 3-1 win over Mphatlalatsane at home in their previous league encounter at LCS Grounds last weekend, and will be looking to keep the ball rolling on Saturday against Linare.

The home team will be without the services of Selatela “Common” Mojai who fractured his right leg after a tackle by Liphakoe’s keeper in a friendly played at Old Europe, mid-week that saw the game being called off.

Meanwhile, Linare are looking to avenge their 1-0 defeat they suffered against Kick4Life in the first round of the season and will also be hoping to end their five-match winless streak in the league.

This has left Linare seven points adrift of the eighth placed LDF and this means Linare will have to start picking maximum points if they want to see themselves competing in the top 8 nextseason.
Tse Tala last saw their last win in the premier league three months ago when they beat Likila united 3-1. Last weekend they played to a goalless draw with LDF.

They are under the guidance of one of the most regarded coaches in Lesotho, Motlatsi Shale, who parted ways with his Mafeteng side, Bantu, in the first round. Shale helped Bantu to their first ever Premiership title in the 2013/14 season, and now hopes to turn things around for Linare who are currently in tenth position.