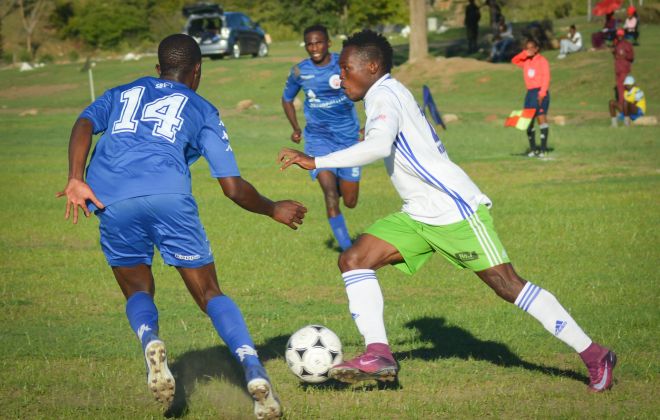 After seeing off Linare last weekend, Kick4Life will be aiming for another three points this weekend when they host Liphakoe in the Econet Premier League on Saturday at LCS grounds.

Kick-off is at 3pm

The Old Europa based outfit's last weekend victory is a motivation coming into this much anticipated encounter with the “Hawks”. Ts’eliso Botsane netted a brace to take his scoring tally to 8 goals.

Kick4Life will be looking for revenge after losing to the Quthing side in the first round, Neo Mokhochane’s header beating Sele Thetsane.

The fact that top4 finish seems visible, is another factor that could motivate Bob Mafoso’s men to go for three points on Saturday.

After sustaining an injury during the warm up last weekend, Motlatsi Sebapala has returned to training this week and is available for selection.

Liphakoe on the other hand dropped points on Easter Monday against rivals, Bantu, going 3-1 down. They will not be looking to record another loss on Saturday especially because they managed to clinch three points against Kick4Life in the first round.

Placed seventh on the log with 30 points, Liphakoe are likely to push for a win as it could bring them closer into the mix of top4. However, top8 finish would also be another big victory for Liphakoe as it will be their first appearance since gaining promotion in 2015.