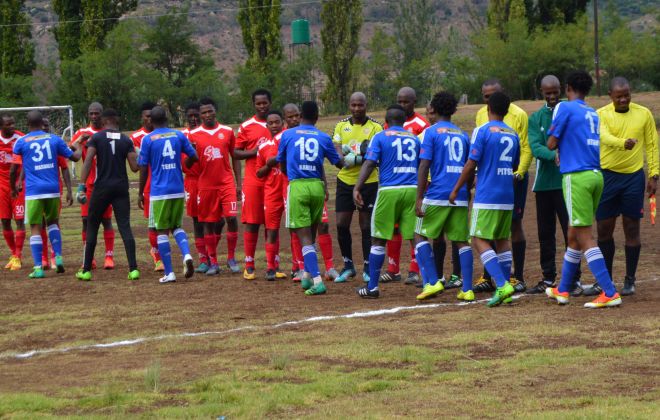 Kick4Life will be all out to reclaim victory this weekend when they welcome Majantja in the Econet Premier League at LCS grounds on Saturday.

After suffering two back to back losses, the Leslie Notsi charges dropped out of the top4 to fifth place, losing the spot to LDF, who still have a game in hand. However, the race is still on and a win on Saturday could put them in a good position.

The team has been creating chances but lacking in the final third. Target man Nkoto Masoabi has been outstanding, netting 13 league goals.

Speaking ahead of this clash, Notsi said the team has not lost the spot in the top4 as there are still more games to play.

“It’s painful to lose especially when you have been creating chances but I still believe in my team to turn things around. It’s not over yet, but for us to stay in the race, we have to start winning games and that should resume this weekend against Majantja,” he said.

Kick4Life are now placed fifth on the log standings with 30 points and they are left with 4 matches before the end of the season. After Saturday, they will play Matlama, Liphakoe and Linare.

Majantja on the other hand come into this game bruising after being beaten by LDF in front of their home supporters. They are on a tied fight for the top8 finish with LMPS and Liphakoe. At the moment, the Mohale’s Hoek based are on eighth position.

They have the good players such as the young Kopana Mohau who has been marvel in the right back. In the first round, they were forced to settle for a point at home by Kick4Life.