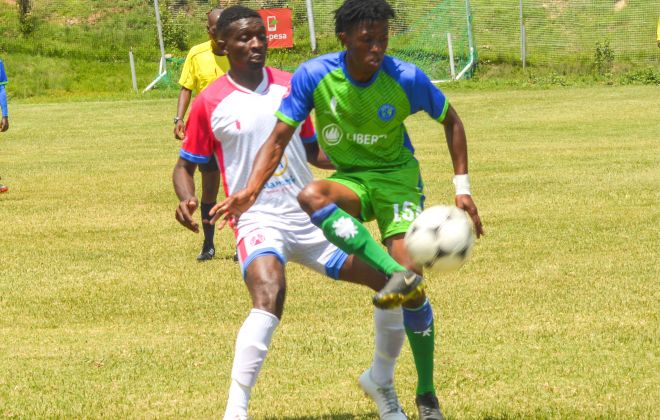 After losing 1-0 to LDF last weekend, Kick4Life are out to reclaim their glory in the Vodacom Premier League this Saturday when they host Likhopo at LCS grounds.

Kick off is 3pm

The team was punished for missing many goal scoring opportunities against LDF. The result saw the team dropping to the 9th position in the log standings. The Old Europa side are however at more advantage compared to Likhopo who are positioned 13th.

Kick4Life claimed a 1-0 win in the first round, Sanele Phantse scoring the only goal that saw Coach Motebang Makhetha downing his fellow coaching mate, Halemakale Mahlaha.

Kick4Life hold an impressive record against Likhopo as they have only lost once against the Red Devils since the 2015/16 season. In their last 4 meetings, Kick4Life won 2, lost 1 and shared the spoils once.

Meanwhile midfielder Teboho Lekhooa said they have geared up well for the game and they will be looking to return to winning ways. He said the moral in the camp is high and everyone is looking forward to Saturday.

“It is going to be a tough game, we need a win and they also need a win. We want to keep on improving on each game, we lost last weekend and we have already closed that chapter, our focus now is on Likhopo.

Everyone is ready, the teammates are on their high spirits, I can tell you that we want nothing other than the three points,” he said.