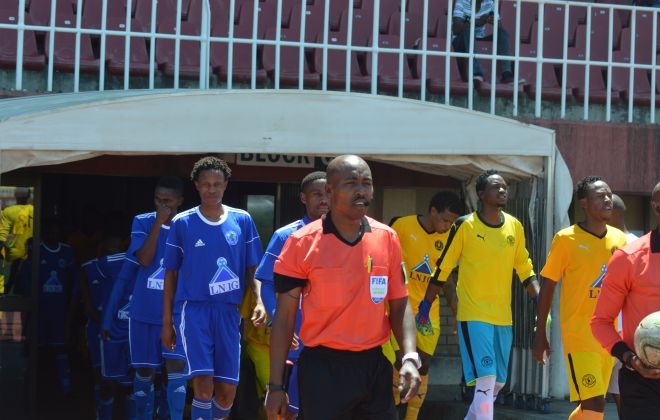 Kick4Life lost the first leg of the LNIG Top8 quarter finals against Bantu on Saturday in a match played at Setsoto stadium.

Teboho lekhooa scored the consolation goal for the Old Europa side as Bantu managed to find the back of the net four times. Bantu scored four early goals in the first half, Tsietsi Khooa opened the scorings in the 6th minute while Lazola Jokojokwane scored the hat trick.

The second half was better for the Katiso Mojakhomo coached outfit as they created a number of goal scoring chances. Ts’eliso Botsane was unfortunate to miss out on a great opportunity in the 47th minute after rounding the keeper and his efforts went off target.

Mongezi Mologovane made his debut on Saturday and the South African looked impressive upfront. Liteboho Mokhehle was also on the bench after signing with Kick4Life during the week. The second leg will be played at the beginning of March at Maputsoe and K4L will have to score atleast three goals without conceding in order to progress to the next stage.