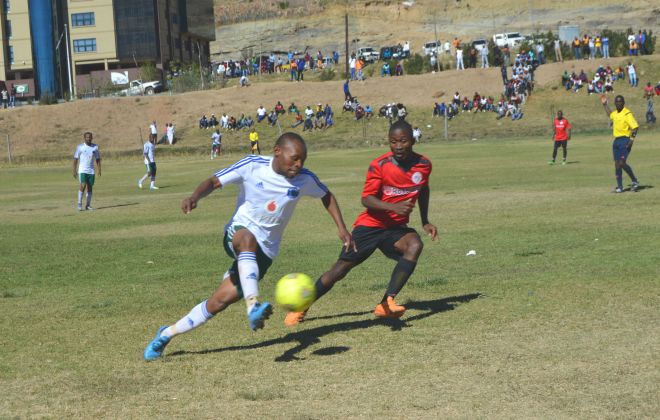 Kick4Life will hope to resume their 2016/17 Vodacom Premier League campaign with a win as they host Sky Battalion on Sunday afternoon at LCS grounds.

Meeting the fifth placed SK will present challenges, but Kick4Life are set to use their home advantage and claim the spoils. The Old Europa side occupy the third spot (1 point behind log leaders) with 35 points from 15 matches, and will want to keep their good run in the league.

Leslie Notsi will be hoping to use his new striker, Thapelo Tale who scored a brace on his debut against Sandawana in the Top8 last week. Tale will also want to prove a point and make his presence be felt at Old by scoring goals.

Earlier when the two teams met for the first time in the Premier League, Kick4Life lost 3-2 to SK in a highly contested affair with Thabiso Brown scoring the two goals.

Speaking at the press conference on Tuesday, Coach Leslie Notsi said they go into Sunday’s clash prepared for a tough encounter, considering SK has been doing well in the league. He went on to say for his team, this is a chance to make sure they stay consistent and collect maximum points.

Sky Battalion will be looking to cement their place in the Top8 after a disappointing start of the second round with two successive loses to Sandawana and LCS. However, they reclaimed glory when they defeated Linare 3-1.

SK has been praised for aligning the best young team in the VPL with players like Bonang Mohapi and Tsietsi Motseare doing well.