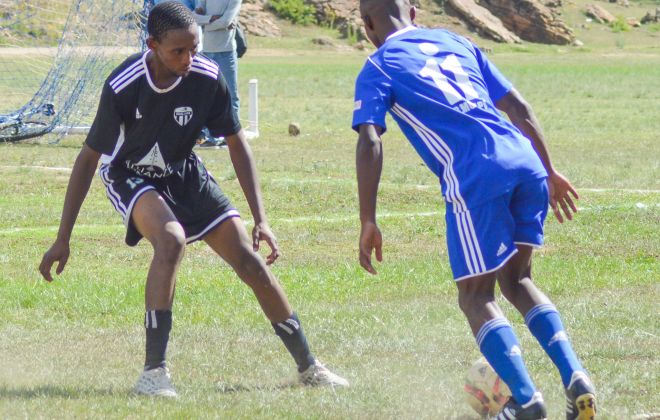 Kick4Life will be looking to end the year on a high note when they travel to PTC to take on Sefothafotha in the Econet Premier League on Saturday.

Kick off at 2pm

Bob Mafoso’s charges have been on song as they secured their fourth consecutive victory in EPL when they saw off Swallows 3-2 on Wednesday at LDF.

The win lifted them to the fifth position in the log, with two games to play before they can wrap their first round.

After signing with Kick4Life at the start of this season, Tseliso Botsane will be against his former teammates, and as usual, every player wants to perform wonders against his former club, so Saturday gives a chance for the young Botsane.

Sefothafotha on the other hand have shown signs of maturity in their second bite in the Premier League, and have given giants like Bantu a run for their money.

They are currently positioned seventh with fifteen points. A win against Kick4Life would see them being on level points.

At the start of the season, they announced Bafokeng Mohapi as their mentor and the experienced Lesotho international seems to be enjoying his spell at the Mabote based club.

This is game will bring two Lesotho U20 national team coaches at loggerheads, and is surely expected not to produce any dull moment.

Both Mafoso and Mohapi led Lesotho U20 to Zambia last month, although the team failed to progress to the next round.