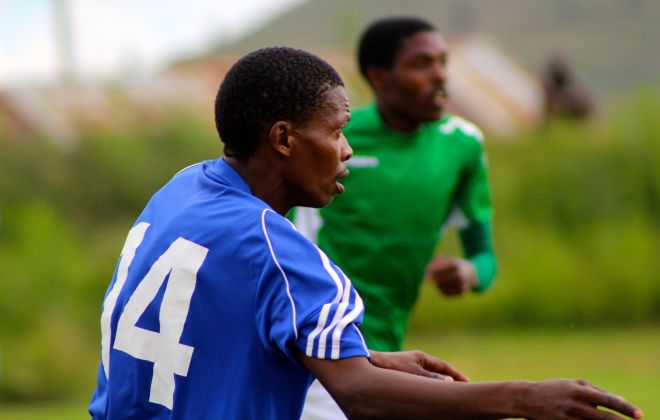 Kick4Life will have to put their two consecutive 2-0 and 1-0 loses to Matlama and Rovers behind them as they welcome Liphakoe for their forth Vodacom Premier League encounter on Sunday at Old Europa Grounds. Kickoff is at 15:00hrs.

Coach Motlalepula Majoro is aware that the match is a must win in order to lift his players’ spirit. Majoro’s men will want to give a run and come with guns blazing against the “maroon and gold” side and give their loyal supporters who always rally behind them something to cheer for.

“This is a must win game for us. Our fans have been nothing but supportive to us and the least we could do is to put a smile in their faces by beating Liphakoe,”  defender Teboho Monare accounted.

“Masinga”, as he is affectionately known continued by saying this is expected to be an aggressive game as both teams need to pick points especially in the first round of the league because the second round is a bit tough. He concluded by saying they will do everything in their power to deny Liphakoe to record their first ever VPL victory against Kick4Life.

After their impressive start of the season with a win away from home to LCS, the Maseru based find themselves in ninth position with three points. They will have to start collecting maximum points to move up the log standings.

Kick4Life are still without their two defender Monne Pitso who sustained an injury in pre-season but Mukete Mboh returns following his two match suspension for his red card he received against LCS on the opening day of the season.

Coming to the visitors, the Mount Moorosi outfit last weekend played to a goalless draw with Mphatlalatsane and are in the eleventh spot with two points. They newly promoted Liphakoe have been struggling to find a win to help them settle better in the log and will be hoping to use K4L as their ladder to the top.

Teele Nts’onyane’s team claimed the Southern Stream A- Division title with a number games to play after opening a huge gap between them and their contesters.

The “mighty hawks” possess plenty of experience in their squad including midfielder Mohau “mido” Ramonneng who is in his second season with the club after signing from Majantja at the start of the 2014-15 season. The Lesotho’s international Ramonneng is vital to Liphakoe, playing most of the games in preparations for the league season, and also making his debut in the Premier League, together with his fellow teammate forward, Thabo Mats’oele.

The two teams previously met in the A-Division league in the 2013-14 season, and K4L managed to scoop a victory and a draw against the Quthing based on their way to the league title.