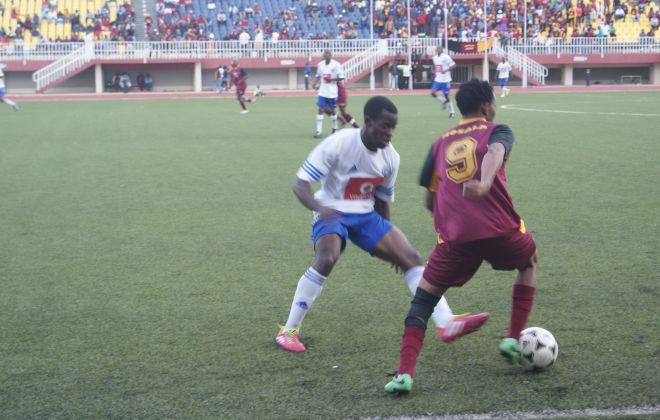 K4L look to bounce back against Rovers

This weekend sees the Vodacom Premier League (VPL) return to action after a short international break.

On Saturday, Kick4Life will visit Roma Rovers FC in a clash scheduled to take place at the National University of Lesotho (15:00). One thing for sure is there won’t be a dull moment as the fifth (Rovers) and sixth (Kick4Life) placed teams will be fighting to improve their statuses in the premier league.

K4L are reeling after a 2-0 loss to Matlama at home and will be looking for a quick return to winning ways.

Kick4Life  midfielder Kamohelo “Musona” Makateng says they have learned from their previous game where they lost focus, and thought things would be easier this season after their opening day win against LCS. He went on to say they go into this game with great excitement and hopes to play a great match and  better than their opponents.

“Midfield is where the game takes shape, whether that's attack or defence. We have to dominate both the offensive and the defensive side of things. We want to play our game – have the ball, create danger and minimize any opportunities for our opponents”, he said.

The team welcomes back forward Thabiso Brown who was called for the national duty against Algeria last Sunday, where he came on as a substitute.  Brown will be looking to hit the back of net to open his account for the season and boost his confidence in front of the goal.

For Rovers on the other hand, Sunday’s game represents an opportunity to keep their unbeaten run going, as they look to pick up early points in their quest to remain in the Premier League in their first season back in the big time. They have played to a goalless draw against Matlama and went on to beat their new counterparts, Liphakoe 1-0 at Roma, two weeks ago.

Pule Khojane’s charges will take the win against Liphakoe as a motivation and will be aiming to do the same against K4L to up their morale and determination to cement their place in the VPL. The fact that they are playing at home in front of their passionate supporters will also add to their advantage.

The 1996 league champions, Rovers, reclaimed their position in the league after beating Lithabaneng Golden FC 4-0 at a match played at the Christ the King School football pitch, last season in the A-Division. The team had been out of the League since 2009 after being relegated, and had since been struggling to return to the esteemed group. They have represented Lesotho in the CAF as well as the World Universities Sports.