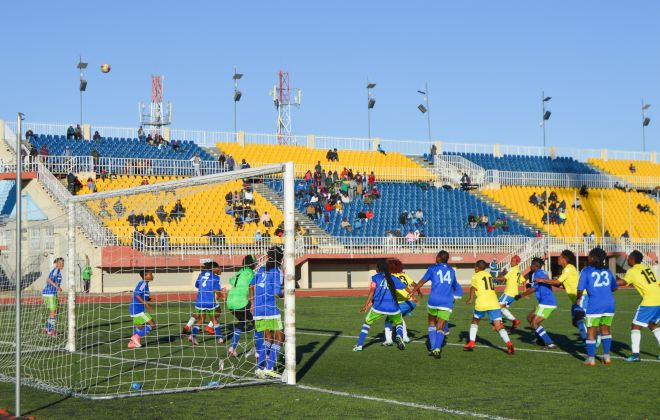 The Old Europa ladies had a rough season as they finished third in the 2018/19 Women Super League. This is one season Coach Puseletso Mokhosi and her troops would like to put behind. However, they can use the top4 competition to change things and end a season with something in their cabinet.

Last season when the competition was launched for the first time, Kick4Life lost to their bitter rivals LDF in the semis.

Some of the players from K4L side who could influence the game include Lits’eoane Maloro who netted 21 league goals in the just ended campaign. The experience of Makobo Kepa is another added advantage to the team as they approach this crucial game.

Basetsana on the other hand have proved they are not just a walk in the park. They finished fourth pocketing 18 points. They won five matches, and lost six, two of those loses were recorded against Kick4Life. They have Mafusi Phesolo in their team, who clinched six goals this past season.