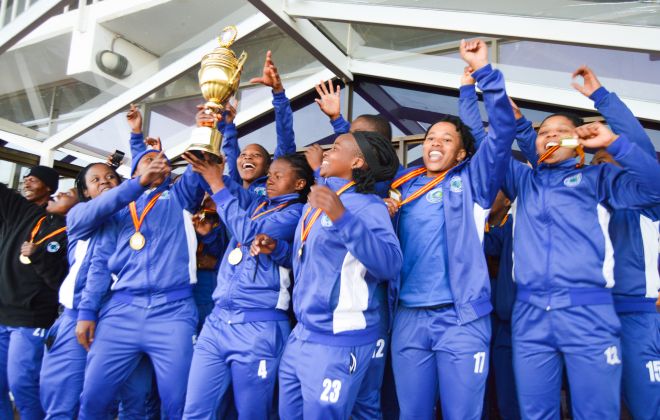 Kick4Life Ladies travel to Botswana this Thursday to participate in an annual Festive Inter-Tournament.

Kick4Life first competed in tournament in 2015 when it was first hosted by the Botswana side, UB Kicks Ladies. They finished runners up to Buffaloes of Botswana. The also finished second the following year when they travelled to Swaziland.

Team manager Makatleho Pitso said: "We want to bring the cup to Lesotho.” She added the team have been working very hard at training in the past months, although they might be without some of their key players.

Last year, Kick4Life were the hosts and they were not knocked at the group stages. However, Director of Football Chris Bullock sees this as an opportunity for the Old Europa Ladies to grow in their football and establish relations outside Lesotho.

Bullock said: “This tournament has helped the team grow, both on and off the field, by playing teams from different countries, playing against good teams and has also helped us as a club to form relationships with other teams from across the region. As well as that, as a young team, I believe the players really grow as well, by having the chance to visit other countries and play in these tournaments and make new friends, while gaining a great experience.”

This year, ten teams will battle for the first price, and Kick4Life together with Basetsana United will be representing Lesotho.