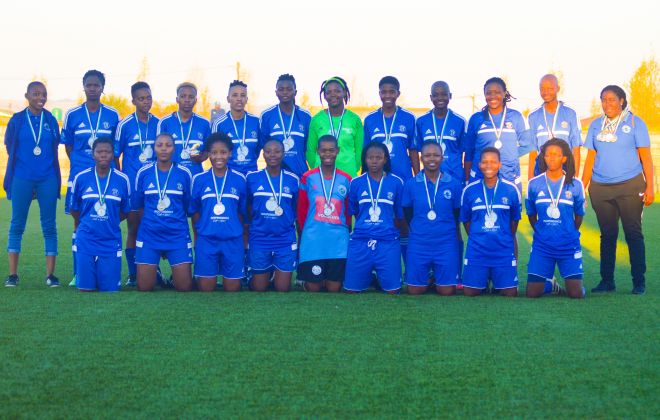 With the new season about to kick off, Kick4Life Ladies have made some changes in their team as they prepare for the upcoming Women Super League campaign.

Elizabeth Yelimala takes on the role of Head Coach while Puseletso Mokhosi will be her first assistant. Captain of the club Makobo Kepa, who recently announced her retirement, will join the technical side as the second assistant Coach.

Yelimala brings a wealth of experience having coached at the Premier League of Lesotho. She was the assistant coach at the Kick4Life men side for more than 4 seasons. She holds a CAF-A coaching license, B.E.D Degree in Health, Physical Education, Recreation and Sports and a FIFA Advanced Fitness Training Certificate.

Speaking on this new opportunity, Yelimala said she is open to the challenge and remains hopeful that she will work well with the entire team.

“It’s an exciting opportunity but it comes with huge responsibilities. We are not going to put anyone or us under any pressure, we are just here to help our players grow. Coach Mokhosi has done a great job with this team and we have to build on what she has done. We will be promoting a number of growing players as we want to give chances of growth to our youth players,” she said.

On the other hand, talismanic in figure, Lits’eoane Maloro is parting ways with the club to ply her trade in South Africa, where she will be joining Bloemfontein Celtics ladies. Maloro has been very effective in the Kick4Life team, scoring lots of goals. Last season she netted 21 goals. She will be joined by her teammate Mating Monokoane who is also crossing to South Africa to join Kovsie Ladies.

The other players who have been given a green light to join other clubs are Rethabile Akhente, Lerato Khasane and Senate Moima.