K4L kick off Super League with big win over Rovers 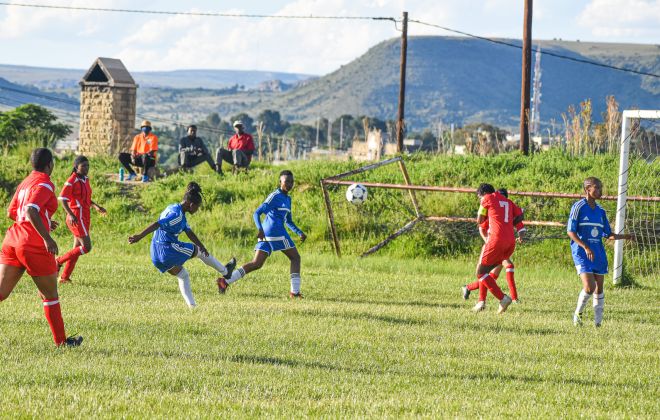 As the Women Super League resumed on Sunday, Kick4Life Women’s team set the ball rolling with a thumping 9-0 win against Rovers, with the victory featuring six different scorers for Kick4Life.

This was not Kick4Life’s first encounter with Rovers, and in all of their games in previous seasons Kick4Life has never let Rovers score a single goal, and they kept the record in Sunday's game.

Coach Elizabeth Yelimala expressed that coming into this first game, their aim was to win the match with many goals, which they did, because winning the season opener game always lifts the team’s spirit into a new season. When asked about her strategy coming into this season, she voiced: “We were aware of our shortcomings in the Top4, we realised that we did not play a lot of friendlies, most of our players were writing exams and we were not training as a team, some even came to play on the day of the game, but this time, we have been able to train together.”

She added: “Coming into this season, it is our hope to win every game, and we will work hard, together, as a team and with the mindset we put into the players yesterday, we will continue to motivate each other to ensure we maintain the same standard and confidence.”