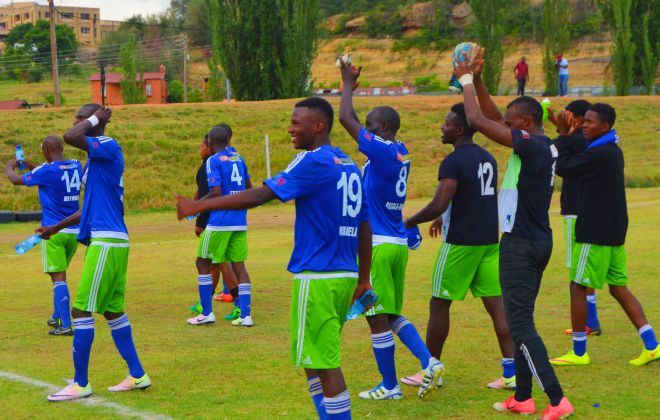 Kick4Life welcome Matlama in the return leg of the LNIG Top8 quarter final on Sunday afternoon at LCS grounds.

In the first leg, Kick4Life claimed a 1-0 win in a match played at Maputsoe DiFA stadium, thanks to Bonang Mohapi’s first half finish.

Coming into this tie, both clubs are flying high in confidence after their impressive victories in the Premier League last weekend. Kick4Life saw off Sefothafotha 5-0 while Matlama claimed the bragging rights after humiliating their bitter rivals Lioli to a 4-1 defeat.

With the Old Europa side having registered their first ever win against Matlama in a competitive match, they will want to prove that their win was not a fluke. Matlama on the other hand will be looking to reclaim their glory and restore parity against Kick4Life.

To Matlama, they cannot afford yet another disappointment after being knocked out at the same stage of the tournament by Bantu last season, while at the other end, Kick4Life will be looking to make the repeat of last season’s progression into the semi-finals.

Coach Leslie Notsi anticipates a highly contested affair when these sides meet and said his team will go all out to make life difficult for Tse Putsoa.

“We won’t sit back and try to defend the 1-0, rather we are going to attack. The best way to defend is to attack and that is what we are planning to do. Of course we are aware we are playing a team that has the good squad and it won’t be easy,” he said.

A draw could also favour Kick4Life as they had already bagged three points in the first leg. With both clubs being based in Maseru, Sunday gives a perfect chance to see who runs the capital city.