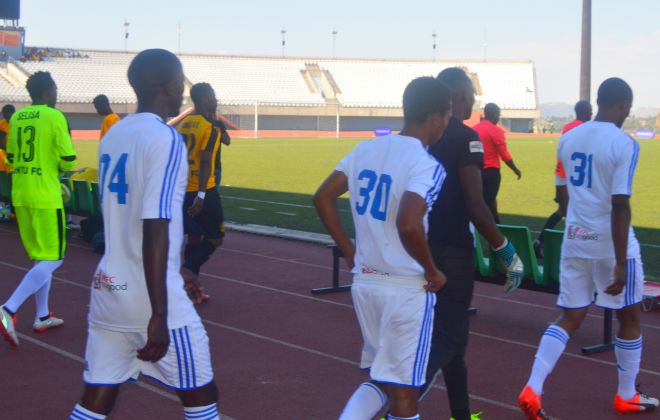 Kick4Life have been out of action for the last two weeks. Their last match with LDF was abandoned in the first half after heavy rainfall and lightning.

Despite these challenges, Coach Leslie Notsi said his players are prepared for the game and they are approaching it with full confidence.

“It’s going to be a tough match, we have not been playing for some time while our opponents had game time. However, with the preparations we had at training and the mood in the camp, I believe we will head into this match with heads held up high,” Notsi said.

He went on to explain that only two players will not be available on Sunday due to injuries. Goalkeeper Sele Thetsane suffered a dislocation and Bokang Mothoana is also under the medical assessment.

Bantu are still nursing their bruises after being beaten by their rivals, Matlama in the final of the top8 last Sunday at Setsoto Stadium. They will be hoping to put their disappointments behind and focus on the league where they are leading on 39points.

The Mafeteng side suffered a blow last month when two of their key players were put in the side-lines for allegations of false registration. However, they still have a strong squad as Johannes Molapo has fitted well in the shoes of Itumeleng Falene, while Thabiso Lichaba has replaced shot stopper Thabo Sedisa.

The match between Kick4Life and Bantu is always an exciting as it comes along with goals. Last season, Bantu won the second round tie after Kick4Life won the first. This season, Nkoto Masoabi inspired the Old Europa side to a 1-0 victory in the first round.

Looking at the statistics, Kick4Life dominate the proceedings. In the seven league meetings, Kick4Life won on four occasions, while Bantu three times. A win for Bantu could mean a step closer into clinching the league title while to Kick4Life, three points would put them in a good spot of the top4.