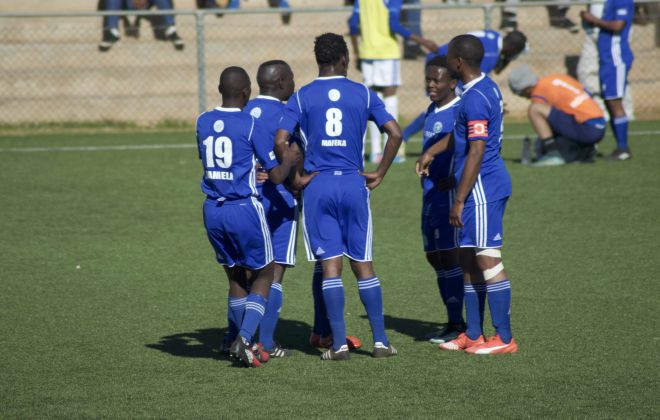 K4L gears up for Galaxy clash in EPL

Following their 1-0 win to Majantja last weekend, Kick4Life now turn their focus to Galaxy as they bid for another three points in the Econet Premier League on Sunday.

The match will be played at Maputsoe DiFA stadium, 4pm.

Kick4Life are now third on the log standing with 15 games played. They travel to Maputsoe with confidence as that ground, has in the past seemed a great hunting area for the Old Europa boys. They have managed to clinch victories against Sandawana, Linare, Butha-Buthe Worriers and Lioli.

There were a number of changes in the line-up as Ralekoti Mokhahlane was forced to miss the clash against Majantja due to an injury, while Sanele Phantse started ahead of Ts’eliso Botsane.

Khubetsoana Kamela also returned to the starting XI last week and he netted the only goal that gave K4L the win. Playing against his boyhood club would want him to prove a point.

Galaxy as one of the rookies in the league have managed to surprise the big guns. Last weekend they lost to Bantu in a match where they made their opponents work for that win. They also gave Kick4Life a run for their money earlier in January as K4L got a narrow 1-0 win.

This means they will be looking for redemption and the fact that they will be at their home ground gives them even more reasons to fight for three points. Their defense is marshalled well by the experienced former Linare captain Katleho Lebabo. Thabo Mphosi is also marvel to watch with his beautiful crosses into the box.