K4L finish 5th in EPL with win over Lioli 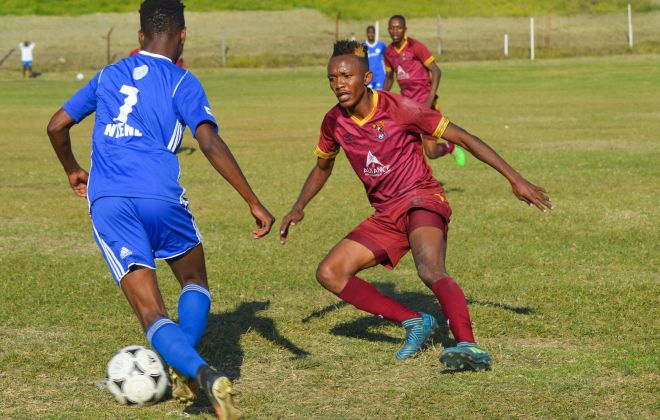 Kick4Life have finished the 2018/19 Econet Premier League campaign on a high note as they thrashed Lioli 3-1 at LCS ground on Saturday afternoon.

Goals by Captain Moruti Thamahane, Tseliso Botsane and Mokoteli Mohapi were enough to see the Old Europa side cement their fifth spot, their second higher finish since joining the Premier League in 2014. With this victory, Kick4Life gets another chance to compete in the top8 cup competition.

K4L got off to a flying start with the opening goal in the first minute when Seeiso Lerotholi’s free kick landed in the box and Thamahane made no mistake with just the keeper to beat for 1-0.

Sweetbrth Kum was however on target as he levelled the score for Lioli in the 24th minute. Thabiso Mohapi missed a great chance to give Tse Nala the lead when he received the ball alone outside box, but he shot wide at goals in the 29th minute. Rorisang Moabi was called into action to deny Lioli and keep K4L in the game before the break.

Kick4Life found their feet once again, scoring early in the second. A brilliant pass from Kamela to Botsane saw the latter putting the ball at the back of the net in the 46th minute. Good combination between Kamela and Botsane nearly gave K4L a third goal.

As the intentions were clear that K4L wanted to win this game, Mohapi put the match to bed with a comfortable tap in the 55th minute. The team managed to protect their win as they collected six points against Tse Nala this season.

Man Of the Match: Khubetsoana Kamela