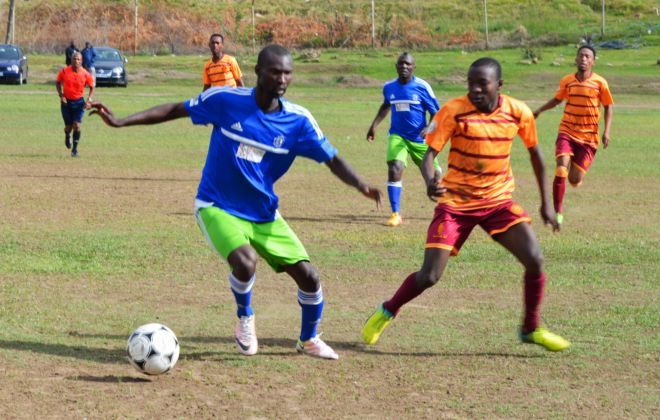 K4L in final push for Top4 against Liphakoe

Kick4Life are seeking maximum points when they host Liphakoe in the Econet Premier League on Sunday at LCS grounds.

With two games remaining Kick4Life is one of several teams competing for a coveted Top4 position. Currently in 5th K4L are on level 36 points with sixth placed LCS. LDF who are fourth have 37points while Matlama have 39points and are positioned third.

With just two games to go, this weekend is expected to be more competitive than ever and the Old Europa side cannot afford to drop points if they are to keep up with the pace. Having defeated Matlama last weekend, the team will approach this match on a high morale.

The fact that Kick4Life have not lost a single match against Liphakoe could be another motivation. In the first round, Fidele Ntoya-Malonga and Khubetsoana Kamela inspired the team to victory against the Quthing based club.

Liphakoe are going to be tough opponents to face as they are also seeking to finish in the top8. Having lost two games in a row, the “Hawks” are going to make life difficult for Kick4Life on Sunday as they cannot afford another disappointment.

Since returning to the Premier League in 2015/16 season, Liphakoe have never won a league match against Kick4Life. In the first round of the current season, they were beaten 2-1 by the Leslie Notsi charges.

They have the sensational Setho Moshoeshoe who always scores important goals for them. At some point, he was contesting for the golden boot with Kick4Life’s Nkoto Masoabi and Linare’s Rethabile Selonyane.