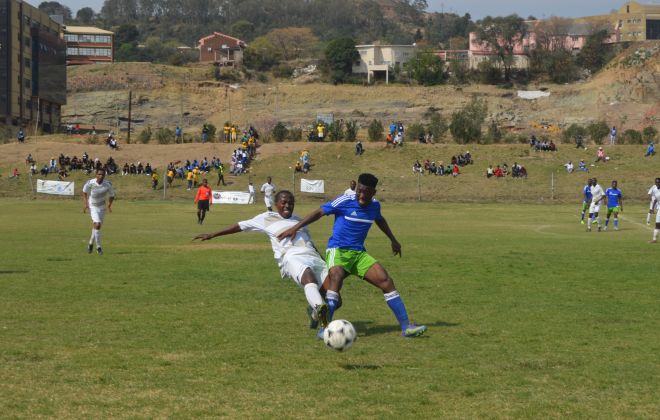 K4L face Warriors to kick off second round

Kick4Life will be looking to start their second round campaign with maximum points when they visit Butha-Buthe Warriors on Saturday afternoon in the Vodacom Premier League at Maputsoe DiFA Stadium.

The team finished third in the first half of the season with just a point behind log leaders, Bantu. It was one of the busiest and exciting first round for the Old Europa side as they occupied the first place in the Premier League for a period of more than a month.

Also, the team reinforced its squad with some experienced players such as Bokang Mothoana and Nkoto Masoabi. Hitman, Thabiso Brown has been on point, scoring eight goals and being amongst top scorers in the league. The club has brought the skilful and paced Khubetsoana Kamela on a two and half years deal. This was announced on Monday at the team’s weekly press conference.

Goalkeeper Tanki Mokhanya is confident the team will do well on Saturday when they meet Warriors. “The preparations have gone quiet well in the past two weeks, we are in good shape and we are just ready for Saturday,” he said.

Kick4Life have had a good run in the league so far, taking everyone by surprise and they stand a chance to even make a good finishing. In the first round, K4L thrashed Butha-Buthe Warriors 5-0 at LCS grounds, thanks to two goals by Morapeli Lesoetsa, while Tseliso Ramafikeng, Monne Pitso and Motlalepula Chabeli each scored a goal.

After a slow start, Warriors find themselves rooted at the bottom of the table. The Buthe-Buthe side did not have the best taste of the Premier League since gaining promotion in the 2016/17 as they suffered eleven loses and still remain winless. They only collected two points from two draws.