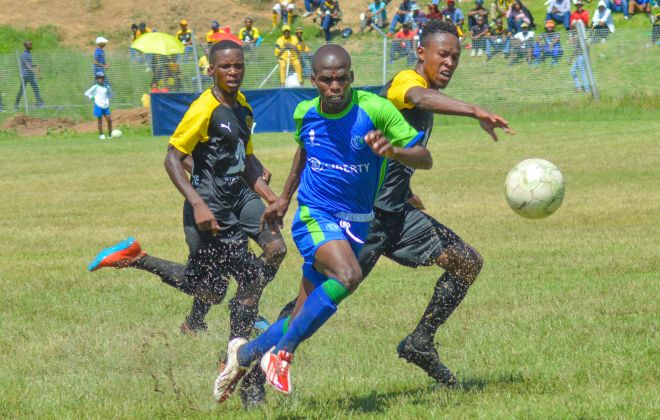 Kick4Life and Bantu meet again, this time in the Lesotho National Insurance Group Top8 quarterfinals that will be played at Setsoto stadium on Saturday.

The two teams have just met at the beginning of this month in the league challenge and Bantu walked away with the full three points. They meet again this weekend after being drawn against each other in the LNIG Top8 draw that was conducted at the Lesotho Football Association headquarters on Wednesday.

This will be the third time the sides meet in a cup competition, and “Amats’o Matebele” have emerged victorious in the previous two meetings.  They met in the top8 run for the 3rd place and Bantu won 5-3 on penalties. Their other meeting was in the top4 semi-finals where Bantu won 2-1.

Meeting again this year in the top8 quarterfinals is a perfect chance for the Old Europa side to end Bantu hoodoo. Coach Katiso Mojakhomo is boosted by the return of Ts’eliso Botsane who served a one match suspension against Matlama last week after receiving four bookings in the pitch.

The sad news is that Motlatsi Sebapala has been ruled out of action for four months after fracturing his hand against Matlama. However, Lebohang Nkeane and Leroele Motinyane are both fit and ready.

Bantu on the other hand remain unbeaten in the league competition this season and they are the current log leaders. Having won against K4L earlier this month, they will be looking to continue from where they left things.

Still in the same cup competition, Kick4Life U17 team will square off with Bantu U17 on Saturday at Setsoto Stadium. Kickoff is 09:30hrs.

Kick4Life Ladies are also in action this weekend against Limkokwing University team in the Lesotho Women Super League. The match will be played at Roma, 2pm.