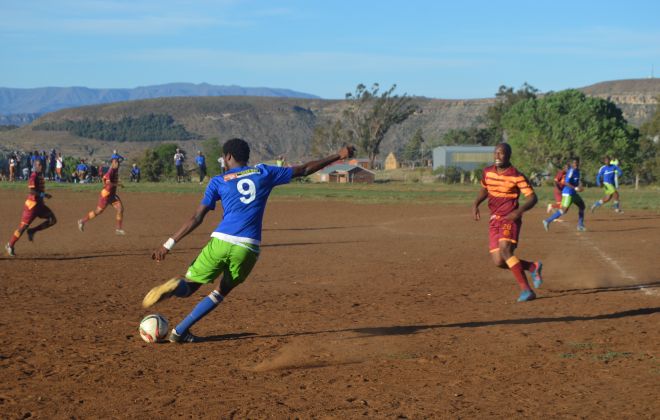 Kick4Life will be looking to bag another win in the Vodacom Premier League when they face Rovers on Saturday afternoon at Machabeng, Roma.

The Old Europa side are fresh from a 2-1 win over Liphakoe last Sunday and will now want to ensure they have continuity. Leslie Notsi’s charges are aware that a match against the Dynamites is always a tricky affair, especially considering they have just defeated champions Lioli this previous week.

The win against Liphakoe was a morale boost as Kick4Life have stretched their league lead to three points. Rovers on the other hand, have been slowly building up their momentum and are motivated for this encounter, especially because they will be playing at their own backyard.

Looking at their head to head statistics in the Premier League, both teams have claimed three points against one another in their two meetings. Last time they met, K4L beat Rovers 2-0, thanks to a brace by debutant Fidele Ntoya-Malonga, and the hosts will now be out to avenge that loss.

Rovers lie just outside the relegation zone and they will be eager to see themselves picking points so as to cement their place in the premier league. After eight games, they find themselves in the twelfth position, with one win, drew two and lost five. They have five points.

Tseole Ranthimo is one of the players Kick4Life cannot afford to overlook. His experience and ability to play the forward passes make him a tough customer to deal with on the day.