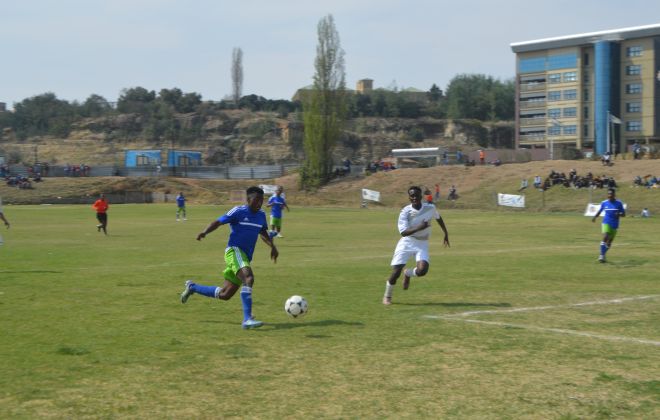 Kick4Life will host Matlama at the LCS grounds this weekend in a crucial Vodacom Premier League clash that could be one of the decisive moments before the end of the 2016/17 season.

The Old Europa will welcome Matlama on Sunday, April 2, where the likes of Bokang Mothoana and Phafa Tsosane will look to step up to the plate to ensure that their respective sides keep up the pace in the league.

Spurred by Thabiso Brown’s goals, Leslie Notsi’s side closed steadily on the battle for Top4 and victory in Sunday’s kickoff at LCS would, at least see them keep their third place in the log standings.

Kick4Life played to a 1-1 draw last weekend with LCS when Thabiso Brown scored early in the first half before Leboneng Moqecho could come in and level matters after the break. The team also welcomes back quartet Mothoana, Brown, Thapelo Tale and Tseliso Ramafikeng from the international game against Mozambique, where Lesotho lost 1-0.

While Matlama have not lost against Kick4Life, Sunday’s match possess lots of possibilities especially for Kick4Life who hold a good record when playing at home. From nine matches at home, they have managed to win six, drew one and lost two.

However, in head to head, Matlama hold the upper hand. From five league meetings, they won twice and drew three times. “Tse Putsoa,” as Matlama is popularly known have not had the best season, seeing them placed seventh in the league after twenty-one games. They have won eight matches, drew nine and lost four.

With less than five games to play before the end of the season, three points against Kick4Life could still revive their hopes of making it into the Top4 as they will be three points behind fourth placed LCS, who will also play Bantu on Sunday.