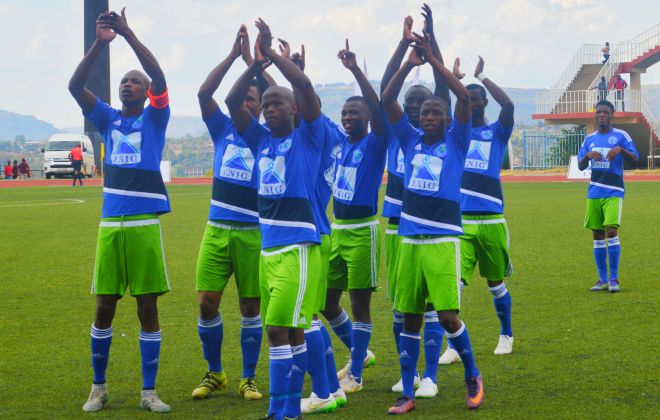 Kick4Life will turn their attention this week to the LNIG Top8 Cup, visiting Maseru giants Matlama at Maputsoe DiFA stadium on Saturday, 24 February. Kick-off is at 15:00.

This is the first cup meeting between the two sides. Kick4Life marked their debut in this cup competition with an impressive semi-finals progression after seeing through Sandawana in the quarter finals.

Matlama on the other hand have massive experience in the cup competitions and will use that to their advantage. They were knocked out in the quarterfinals by Bantu last season.

On Saturday it will be the first leg and also the home game for Matlama. This means “Tse Putsoa” will do anything to get the maximum points while also trying to stop their visitors from getting an away goal(s).

Speaking earlier in the pre-match press conference, Coach Leslie Notsi said his charges will take the game to their opponents as they will be looking to get the goals.

“The best way is to get as much goals as possible. I believe it’s not going to be an easy match but all that needs to happen is to encourage the boys and work hard at training in terms of goal scoring and also creating,” he said.

Kick4Life have struggled to beat Matlama in their league encounters, and if there is a perfect chance to change all that, Saturday is one.

Players who could have a huge influence in this match are Motebang Sera and Teboho Lillane from the Matlama side, while Kick4Life have Masoabi Nkoto and Mokoteli Mohapi. Both Masoabi and Sera are on the peak of their forms with Sera having netted 8 times while Masoabi did it on 7 occasions.

Lillane is best known for his long accurate forward passes and if given room to do all that, he could be a threat to Kick4Life. The attacking midfielder Mohapi has had a good spell since the COSAFA U20 cup in Zambia last summer and has managed to break into the Kick4Life first team against Sky Battalion, and even came on as a substitute in big matches against Lioli and LCS.