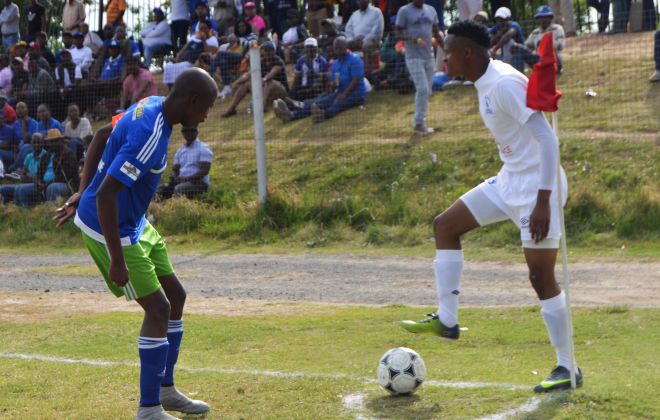 K4L to face Matlama in Top8

Kick4Life will battle it out with Matlama in this season’s L.N.I.G Top 8 quarter finals. This comes after the draw conducted at Bamabatha Tsita Sports Arena on 14th February.

Last season, K4L progressed to the next round with the 7-3 win against Sandawana after winning the first leg with 5-3, and recording a 2-0 victory in the return leg. However, they could not progress to the final as they lost 2-0 to LCS in the semi final.

Commenting on the draw, Coach Leslie Notsi said they welcome the draw and will go into the match aiming to get the positive results.

“We welcome the fixture, it’s going to be very tricky, it’s a cup game and everyone wants to win it. I do believe it’s good for us to play these big teams because they give us a chance to grow as a team,” he said.

Kick4Life finished fourth last season and automatically qualified for the competition while Matlama completed the final eight teams. This will be the second time the club takes part in this cup competition.

The Director of Football Chris Bullock said for Kick4Life to be competing in this tournament yet again this season shows how the club has transformed.

“It shows how we have grown since being promoted into the league and we are happy with the progress we have made. We will approach this game as it comes, we won’t put pressure on anyone,” Bullock said.