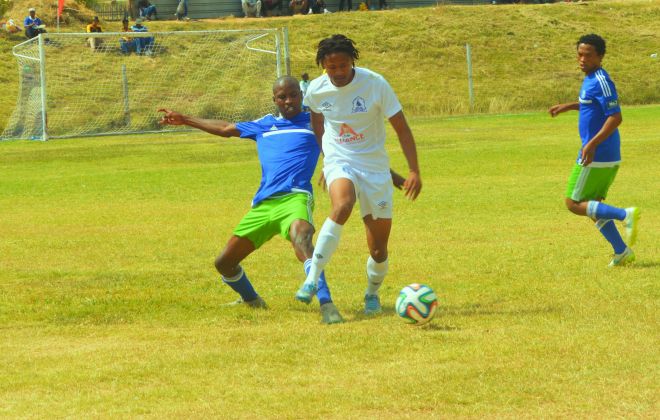 Kick4Life will now shift their focus to Matlama on Saturday after they were left frustrated by the struggling Sky Battalion on Wednesday when they were held to a 1-1 draw.

Wednesday’s results are one Leslie Notsi and his team would want to forget after they led the game for almost 75 minutes and missed a number of chances, and that came back to haunt them in the 76th minute when Sky Battalion found an equalizer.

Saturday’s game is a tough one for the Old Europa facing the team which boasts rich history in the Lesotho Football. Notsi will be looking to register his first victory against his former childhood club since joining Kick4Life in 2015.

The team is in the tenth place from seventh games and have won only two games. Their draw with Sky Battalion took them to three draws and two loses, they sit on 9points. Kick4Life will have to start picking points if they are to keep up the pace in the league.

Seidu Kassum will be watching from the stands as he picked his fourth yellow card on Wednesday, which automatically suspends him for the next game.

Many will see the game as a free hit for Kick4Life as no-one will expect them to get much from the game but there are no guaranteed results in the Premier League, Kick4Life can still cause the upset.

Matlama on the other hand have not been on their best and will be looking to use Saturday’s match as a changing factor. The fact that they have an upper hand on the records against Kick4Life will be enough motivation to win it.

At the moment, they are placed seventh in the log standing with 12 points after 7 league encounters. They won 3, drew 3 and lost 1.

They could arguably be the team with best defence having conceded only twice but still need to work on their finishing as they only managed to score 5 goals.