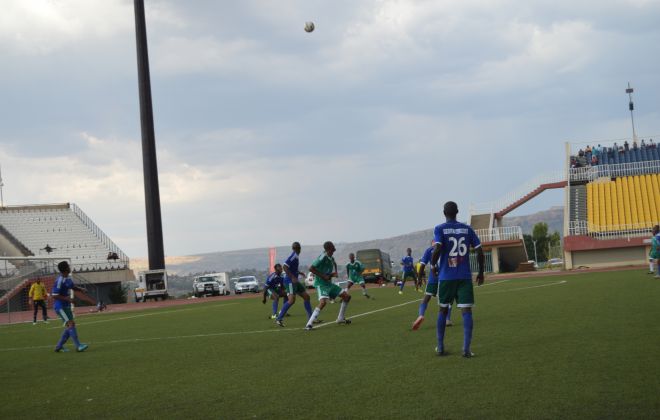 Kick4Life will look to keep their winning ways when they face LMPS on Sunday in the Vodacom Premier League at PTC.

The Old Europa based outfit still find themselves in seventh position on the latest premiership standings, having collected 26points from 19 matches. Their trio Mako Makoanyane, Thabo Mphosi and Relebohile Thulo will miss the weekend’s fixture because they are travelling with the national’s U20 team to Botswana while left back Lesia Thetsane is back this weekend after missing Linare’s clash due to personal commitments.

Centre back Mboh Mukete is adamant that his side will keep working hard to get better results. The Cameroonian international believes that both sides will have a lot of work to do if they are to take all three points and also warned that LMPS will be dangerous because of their recent good form, winning back to back, but said they are prepared for anything.

“They are a good team and they have been picking points lately so it’s going to be difficult. Most of the time we are regarded as the underdogs and we like it there because it doesn’t put pressure on us,” he said.

And LMPS on the other hand have seen the best of their hard work as they temporarily went out of the relegation zone with their back to back wins, going up to the 12th place with 16 points, four points ahead of the bottom placed Mphatlalatsane. They have beefed they defence by signing former Matlama and Likuena    central defender Nkau Lerotholi.

They have amongst them the paced talismanic figure in attack Tsepo Seturumane who scored a brace last week against Rovers. Seturumane scored in the first round when Kick4Life and LMPS shared the spoils and having scored last weekend, he heads into this game buzzing with confidence and will be looking to complete the job on Sunday.

In head to head statistics, both teams have recorded a win in the three of their meetings, and this fixture can be decisive in whether a team goes up or down because when paying attention at both teams, Kick4Life is looking to cement their stake in the top 8 while LMPS is avoiding   relegation battle.