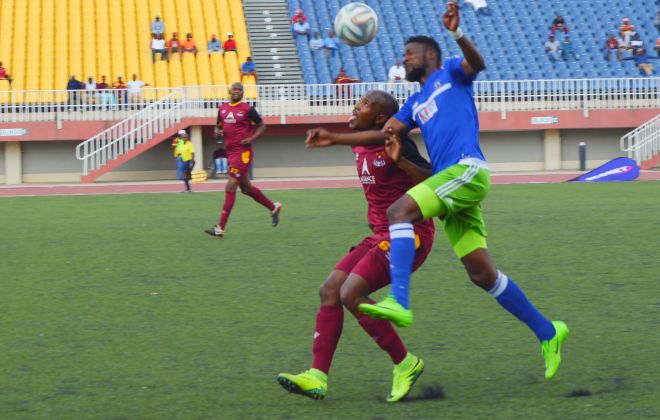 Kick4Life will be out to extend their unbeaten run in 2018 when they welcome Lioli in the Econet Premier League on Saturday afternoon at LCS.

The Leslie Notsi charges have two wins and two draws in their last four league games. Meanwhile,”Tse Nala,”as Lioli is also known, have had a nervy start to the new year, collecting just a point from two matches.

The Berea based, Lioli will travel to Maseru at the back of a 1-0 loss against LDF last Sunday at home while Kick4Life beat Likhopo 1-0 in their match on weekend.

Two points separate the two sides. Looking at the log, after 14 games, Kick4Life have collected 23 points to occupy fifth position compared to the Lioli on third position with 25 points.

Lioli won the first round against Kick4Life. It ended 3-1 at Setsoto Stadium with an early goal from Ts’epang Ntsenyane giving Kick4Life the lead. However, at the end of the game, goals from Tankiso Tabi, Kopano Tseka and Batlang Moepi gave Lioli the win.

When looking at the head to head statistics, Lioli hold an upper hand as they have never suffered a defeat to Kick4Life in the Premier League.

That been said, after Kick4Life’s famous 2-1 win to Lioli in the Independence Top4 third place final, a humdinger is waiting to happen as Kick4Life will want to pick from where they left against the TY outfits.

Coach Leslie Notsi said he is confident he has the squad that can compete on Saturday. He said their back to back wins in the league automatically serve as a morale boost ahead of this exciting fixture.

However, he cautioned his team as Lioli will come into this game as a wounded tiger after their last weekend’s loss, and will not want to suffer another blow.

With both teams looking into securing points and aiming to cement their places in the top of the league, sparks are expected to fly on Sunday.