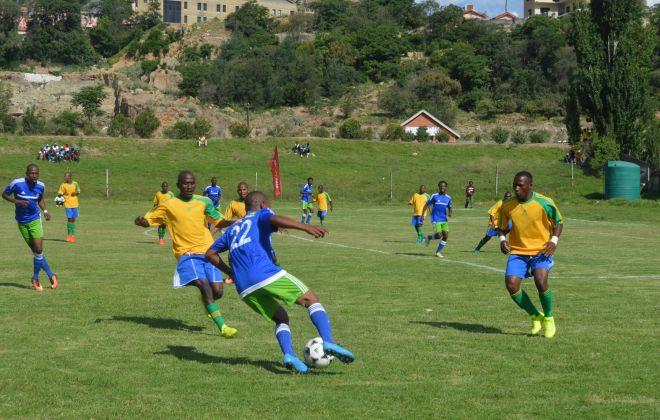 Following their Top4 finish clinch last Saturday, Kick4Life now turn their attention to the showdown against LDF in a bit to finish the season on the third position on Sunday.

If K4L are looking for inspiration ahead of Sunday’s game they need to look no further than some of their performances against LDF such as the famous 1-0 victory in first round and last season’s 0-0 draw, goalkeeper Sele Thetsane with his last minute heroic save keeping the Old Europa side in the game.

Leslie Notsi’s side look to have more chance of making shocking waves this season and he will have full squad to himself as Thabo Masualle and Moruti Thamahane return from their one match bans.

Bokang Mothoana is also back at training and is expected to be fit after suffering an injury against LMPS, and could feature on Sunday.

The battle for Top8 could be won or lost on Sunday, as LDF prepare to welcome Kick4Life. After Sunday, the VPL will be left with only one fixture that will be played on Saturday 6th May.

For LDF, a defeat would surely put their hopes of securing a top8 at stake under the guidance of head coach, Motheo Mohapi as Sandawana, ably lead by Antonio Flores, would be above LDF depending on whether Sandawana win against Bantu at Maputsoe.

Thabiso Brown and Mojela Letsie will face each other once again with the two contesting for the league’s top scorer title. Letsie is now leading with 18 goals after scoring on weekend while second to him is Brown who has 17.