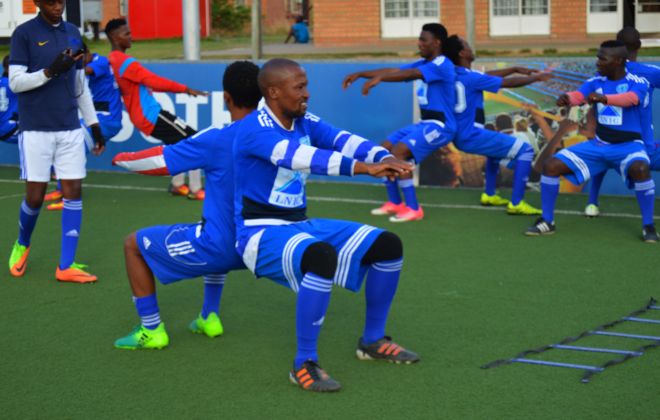 Kick4Life will head to Ratjomose to take on LDF in the Econet Premier League on Easter Monday.

When the league paused for the international break, Kick4Life were on their back to back wins against Sefothafotha and LMPS, Nkoto Masoabi scoring four goals in the last two matches. The results saw the team occupying fourth position in the league with 30 points.

In the first round at home, Kick4Life were forced to settle for a point after Tsepo Toloane gave the visitors the lead from the spot after he was brought down in the box by Sorrel Okoko. Ralekoti Mokhahlane however equalized late in the second half from a corner.

With the league approaching the finish line and teams gearing up for points, the Leslie Notsi led charges recorded impressive back to back wins since January 2018.

The team welcomes Masoabi and Mokhahlane who return from the international duty after travelling with Likuena to Botswana and Namibia. The only player who will miss this clash is Bokang Mothoana after picking an injury at training and the medics are still monitoring his recovery.

LDF have been more competitive this season, bringing in a squad of young players. Toloane has been a target man for Sohle-Sohle, scoring in crucial matches for his side. They will need little reminding that they defeated Kick4Life 1-0 last season while playing at the same venue and will look to do the same on Monday.

LDF are placed just below Kick4Life in the fifth place and they are derailing five points although they still have a game to play. This match could motivate them to fight even harder as they still stand a chance to finish in the top4.