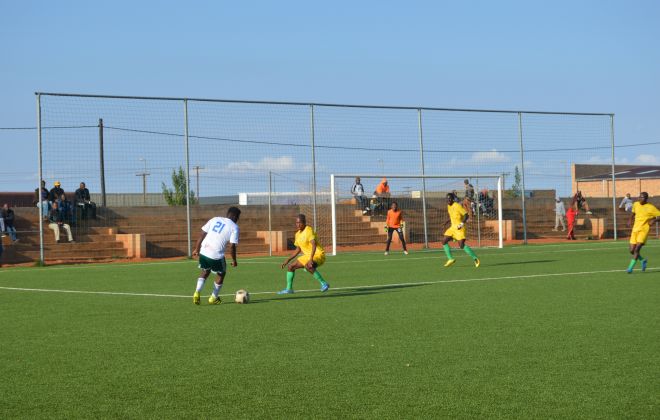 Kick4Life will look to continue their winning streak when they host Sandawana in the Vodacom Premier League on Saturday afternoon at LCS grounds.

Both teams are beaming with confidence after winning their opening second round league matches this past weekend, and will be aiming to keep their winning ways when they meet. Kick4Life cruised to a 4-1 win over Butha-Buthe Warriors while Sandawana beat Sky Battalion 1-0.

The last meeting between Kick4Life and Sandawana, was in September 2016 that took place in Maputsoe, with Kick4Life emerging 2-1 winners, thanks to goals by Thabiso Brown and Morapeli Lesoetsa.

Victory for Kick4Life on this occasion would be enough to secure a progression for the team in the top4 teams in the table. At the moment, the Old Europa side are third on the log, with just a point behind log leaders, Bantu. They have a pedigree for scoring 28 goals and winning matches being led by Lesotho’s international target man Thabiso Brown who now has 9 goals.

Sandawana on the other hand are not easy opponents. In their five league meetings, Sandawana managed to pocket two wins, lost two and drew once. They have their star man, Mojalefa Tsoeu who has played an influential part in the team’s success the previous season, seeing the Butha-Buthe outfit making it in the top4. Tsoeu also scored in the past weekend’s win against SK.

Sandawana are in the eighth position with nineteen points. From the fourteen matches played, they have four wins, seven draws and three loses. They scored twelve goals and conceded eleven.