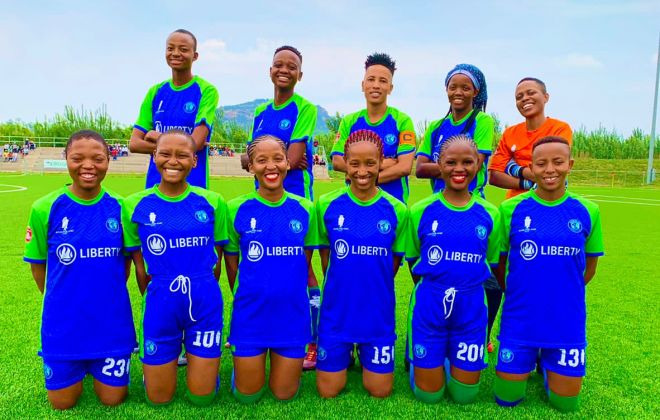 All eyes were fixed on the DIFA Stadium on Sunday 15th January as Kick4Life women’s team met FC Stoko in the Women’s Super League.

Kick4Life came in with a change of strategy, bringing in Rapuleng Mamonethi on the left-wing and the tactics paid off with Mohoshela Nteboheleng bagging the only goal of the game in the 25 minutes. The midfielder converted after a corner kick, reacting first to a loose ball which was headed on by Mokhothu Morakane.

Despite pressure from FC Stoko, Kick4Life held firm and worked hard to retain possession and minimise chances for the opposition. K4L coach, Elizabeth Yelimala said she was pleased with a strong performance throughout the team.