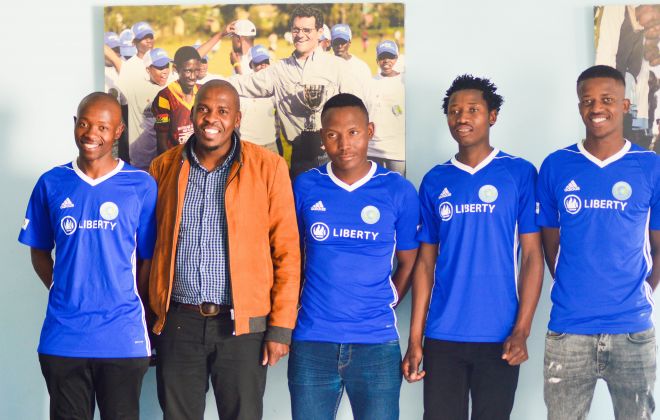 Kick4Life have signed four new players as the team kick starts the preparations for the new season on Monday afternoon.

These players were announced at the media briefing in the presence of Director of Football Chris Bullock and Head Coach, Bob Mafoso. Tanki Seoli, Johannes Molapo, Matlapeng Ncala and Teboho Ramothobi were all unveiled while Lebohang Nkeane has been signed on a season long from Bantu F.C.

The club has also welcomed back the central midfielder, Relebohile Thulo who spent last season on loan to Liphakoe F.C while Molemohi Phasumane and Lerole Motinyane have been promoted to the senior team.

Speaking at the briefing, Mafoso said he is happy to welcome the new boys into the club and is hopeful they will add value to the team.

“We had to make changes into the team, we are not saying the team we had last season didn’t do well but we are saying we want to bring a quality of players who will help us improve and be better,” he said.

Both Ncala and Ramothobi come from South Africa. Amongst other, Ncala played for Free State Stars MDC team and Northern Cape Liverpool, while Ramothobi plyed for Lijabatho. Seoli and Molapo were regulars at the previous clubs, Sefothafotha and Bantu.

Bullock said this is just a continuation of the team’s vision of developing and helping the youth in Lesotho. He said he believes the players will fit in well in the philosophy of the club and is looking forward to working with them in the long term project.