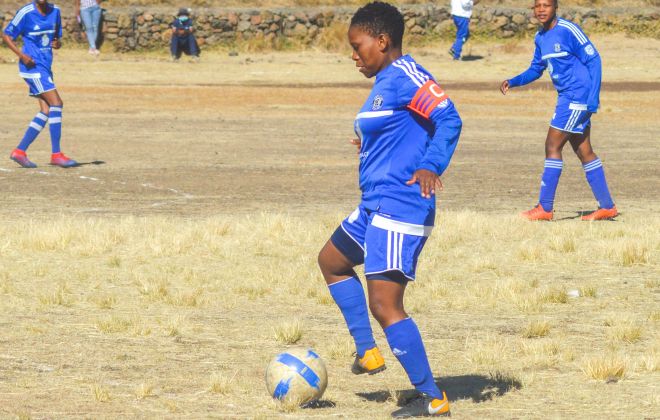 K4L and LDF square off in Women's Super League

Lesotho’s attention will be fixed at DiFA stadium on Sunday, with another edition of the Women Super League taking centre stage as Kick4Life and LDF square off.

Last year when they met in the Dare to Dream Champions League final, Senate Letsie scored a brace to cruise Kick4Life to a 2-1 victory to claim the championship title.

When Kick4Life and LDF battle it off in Sunday’s game, it will bring yet another chance for the winner to claim the bragging rights. It will also conclude perhaps the greatest matchup in Super League history remains to be between these two teams.

Kick4Life got off to a stunning campaign in the league by beating Thaba-Tseka Ladies 9-0 at PTC last Sunday. LDF’s game however could not be played due to the unplayable pitch.

Kick4Life head coach Elizabeth Yeliamala is a veteran in the Lesotho football, so the magnitude of the game is not new to her, but she said they also need to remain calm and focused.

"When you go into this kind of the match, you have to make sure that you perform on the day and not bring into your world worries like where are we on the log and other things one would worry about” she concluded.