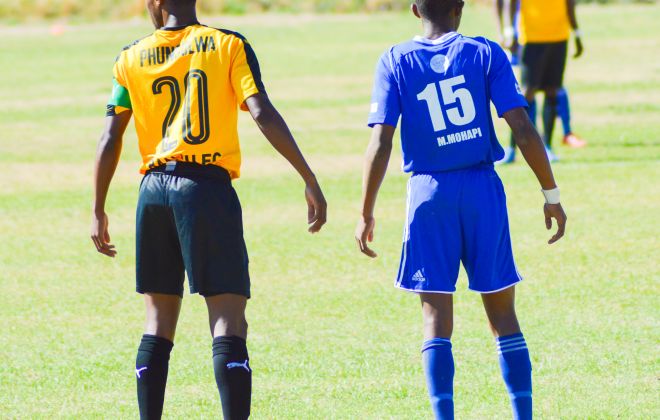 Kick4Life are looking to get back on track as they lock horns with Bantu on Wednesday in the midweek EPL clash at Setsoto Stadium, 4pm.

Just like the other seasons, Bantu-Kick4Life clashes always produce fireworks with just only one game played to a draw since their meetings in 2014. The fact that Bob Mafoso used to be at Bantu is another contributing factor towards setting the pace of this match.

Even before Mafoso could join Kick4Life, these two teams have always been on each other’s case.

Kick4Life lost to Matlama over the weekend and remained on the fifth spot while Bantu were held to a 1-all draw by Linare on Sunday and failed to stretch their feet towards the reach of Matlama and LCS. K4L are chasing for the top4 finish while Bantu are challenging the honours.

That being said, pressure will be on these two clubs to collects points on Wednesday if they want to achieve their goals for this season. Against Matlama, there were a number of changes in the line-up, Mokoteli Mohapi and Thabo Masualle returning to the starting XI, while Teboho Lekhooa was handed his second debut. Obakeng Modirwa also made his debut coming from the bench.

Bantu on Sunday were up against a highly motivated Linare side and they had to come from a goal down to settle for a point, thanks to Lindokuhle Phungulwa’s late in the first half. Hlompho Kalake’s bullet strike forced Linare’s goal minder to make an excellent save while Litsepe Marabe was on his usual best.

Dribbling wizard Neo Mokhachane is another player to pay attention to and if given a room, Bokang Sello’s crosses could be a danger to Kick4Life.