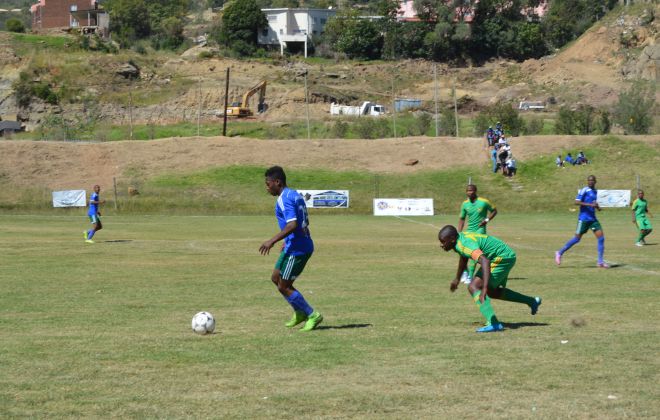 Kick4Life will be eager to maintain their good form when they visit Likila in the Vodacom Premier League clash at Pitso Ground, Butha Buthe on Saturday.

For Kick4Life, a top eight finish is on their agenda this season and they have continued their upward trend in recent games, going four consecutive games unbeaten. They will take a lot of heart from their previous hard fought 0-0 against LDF and now set their sights on a relegation threatened Butha-Butha outfit. And to assistant coach Elizabeth Yelimala, this game represents a much needed victory for her side.

“We are facing a wounded tiger here, they have not been playing well in the league and that’s what makes them even more dangerous especially because we are playing them on their own background. However, to us, it’s one of those needed three points because they will keep us in the run for a top eight finish,” she said.

She went on to say they are aware of the conditions of the pitch they will be using but was quick to say her team has the calibre of players who can rise against all odds to bring glory in Maseru.

Likila on the other hand we beaten 1-0 by Rovers Dynamites in their last league encounter at Roma and they will be aiming to move out of the relegation zone when they welcome the Maseru outfit. They are placed eleventh on the log standings with twenty points after twenty-one matches.

In head-to-head statistics, Likila and Kick4Life have met three times in the premier league and both teams managed to record a win against one another in the 2014/15 season. When the teams met earlier this season, they shared the 1-1 spoils at Setsoto stadium.

Likila have not had the best of the season, losing eleven games, drawing five and winning only five, and they would want to use this game as their turning point to cementing their place in the elite league.

With Kick4Life looking to cement their place in the top8 and Likila trying to avoid the axe, this game is with no doubt expected to produce flames.