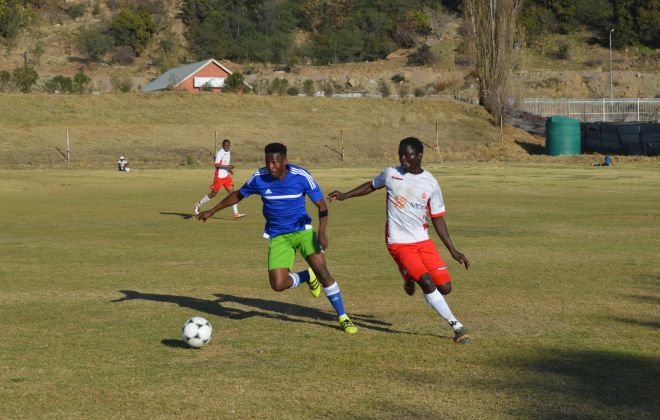 K4L aiming for 3 in a row at Likhopo

Kick4Life visit Likhopo in the Vodacom Premier League on Saturday afternoon at LCS grounds in a bid to secure three points and make it three wins in a row.

The team saw off BB Warriors at Maputsoe two weeks ago, before triumphing to a 2-0 win against Sandawana with goals from Thabiso Brown and an own goal from Koena Molise.

Kick4Life’s injury problems were compounded last week when Mukete Mboh suffered a knee injury in a friendly against Free State Stars, while Bokang Mothoana is doubtful and Leslie Notsi will have to cope without the duo. Mothoana is the former captain of Likhopo, and he parted ways with his childhood team before the start of the season.

However, experienced Thabo Masualle has since filled the boots of Mboh in the central defence, marshalling well with Moruti Thamahane against Sandawana.

After a solid start in the premier league, Kick4Life find themselves amongst the top teams in the table with battling it out with the big clubs. The team has won 10 matches out of 15, drew twice and lost 3.

Victory for Likhopo could restore hope for them as they are currently in 13th place where they are fighting relegation. Likhopo lost their two regulars Thato Moabi and target man Lehlomela Ramabele to Liphakoe while Likano Teele joined Kick4Life as a free agent after his contract with the “red army” came to an end.

Likhopo would want revenge after losing to Kick4Life in the first round last year. In the five league meetings, Likhopo have only won once against the Old Europa side since 2015, and have gone out to lose three times, while shared the spoils once.