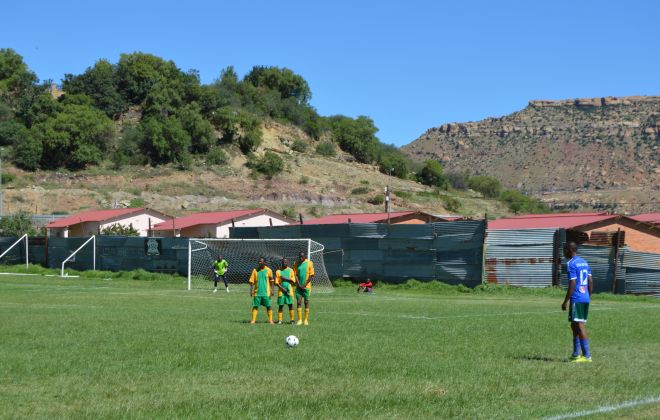 K4L aim for two in a row against Likhopo

After writing history in their books by securing their first ever place in the top8 with two games to spare, Kick4Life will be hoping to even finish the season  higher when they visit Likhopo at LCS grounds in the Vodacom Premier League on Saturday afternoon.

Lesli Notsi’s charges come into this clash on the back of 3-2 win over Bantu inspired by Fidele Ntoya-Malonga and Thabiso Brown’s goals in an exciting clash especially in the opening minutes of the game, where five goals had already been scored at 25minutes. They are now placed sixth in the standings with 34points and will be looking to pick points on the road when they lock horns with Likhopo.

With the season almost at an end, clubs are battling it out for top spot, top eight places and to avoid relegation, both Likhopo and Kick4Life have made it into the top8 and are even eyeing to finish in the top4.

Morapeli Lesoetsa and Lesia Thetsane could make a return to the starting line-up, after missing out on two games due to suspension, and also personal commitments respectively, while Thabo Masualle will also watch the game on the stands, as he is still serving his suspension.

Likhopo also come into this game beaming with confidence after beating Rovers 1-0 at one man down after their striker Baco was shown a red card. In their last four league games they managed to get two victories and drew twice.

They are currently placed fifth in the log standings and they lead Kick4Life with a point. They also still stand a chance to make it in the top4, and should they manage to beat their opponents on Sunday, they will be a point behind fourth placed Sandawana, who will be playing on Sunday.

In the first leg Likhopo held K4L to a stalemate at Old Europa in a highly contested affair where Likhopo’s top scorer Lehlomela Ramabele missed a penalty.