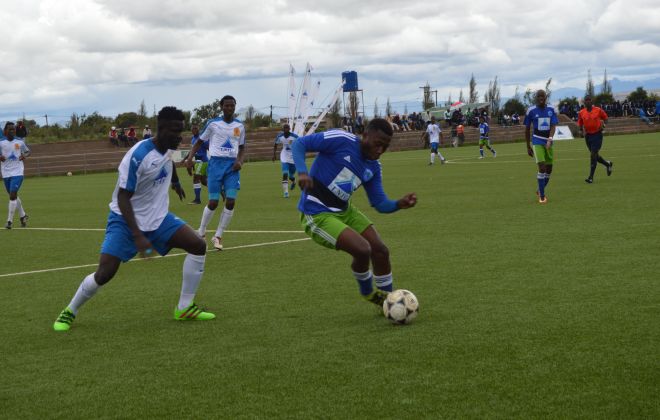 K4L aIm to progress in Top8

Kick4life will be at LCS grounds for a second leg LNIG Top8 home game, when they host Sandawana on Saturday afternoon.

Leslie Notsi has received a major boost ahead of the clash as he welcomed back defender Mukete Mboh from a knee injury. His charges come into this game highly motivated after having gone four games unbeaten in all competitions.

The Old Europa side hold a rich history against the Butha-Buthe side, recording four wins, of which three of those wins were in the premier league while one came in the Top8. Sandawana on the other hand won twice against Kick4Life, while one match ended in a draw.

“Tse Bo Yellow”, as far as it matters for them, they will want to claim atleast a 3-0 win for them to progress to the next round. What’s more, they are under the new coach and the Spaniard will want a positive start for his career when they meet Kick4Life.

Last week, their game with Likhopo was cancelled after heavy rain falls which made the pitch unplayable. However, with Kick4Life having the upper hand over Sandawana in the statistics, they (Sandawana) have proved to be tough opponents to beat, and surely Saturday will be one of those days where they will want to give Kick4Life a run for their money.