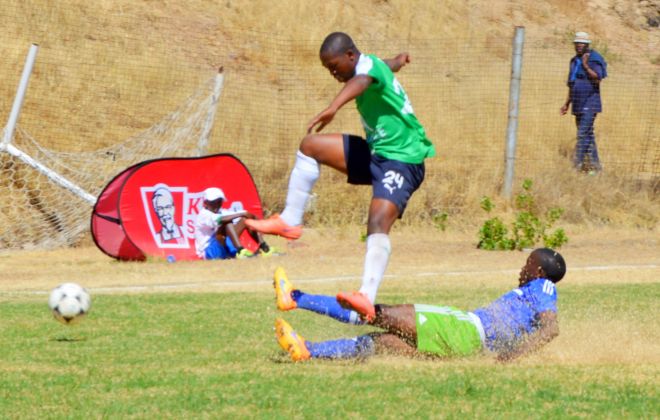 K4L aim for maximum point against LCS in EPL

Kick4Life will visit LCS in the Econet Premier League in a bid to secure maximum points and move to 27 points on Sunday afternoon at LCS grounds.

Kick4Life are unbeaten in seven matches and find themselves in fifth spot with 24 points. Earlier in the first round when they welcomed LCS, Kick4Life were forced to settle for a point.

The team is beaming high in confidence ahead of Sunday’s clash after taking a point at Lioli, and the fact that they had never tasted defeat in more than three months could be a morale uplift.

Coach Leslie Notsi will have most of his squad readily available as Bonang Mohapi made his return last week after sustaining an injury. Khubetsoana Kamela is still ruled out with a knee injury.

Speaking in the press conference earlier this week, Notsi anticipated a tough encounter as both sides will be aiming for three points. He said they will be looking to get their first win over LCS since the 2015/16 first round where Kick4Life edged them 1-0.

“It’s going to be a tough match on Sunday, LCS are always a tough side to face but with our recent results, we are approaching this match with confidence,” Notsi said.

Masheshena, as LCS is also known, had a slow start of the season. From 14 matches, they lost six games, drew three and won six. They are in the seventh position. Arguably the team with the best defence, they have struggled this season to prevent the balls from going into their net as they conceded nine goals.

They upgraded their armoury with the signing of former Kick4Life snipper, Thapelo Tale. ‘Nana’, as Tale is nicknamed, was instrumental in the good campaign Kick4Life had last season especially his three goals in the LNIG Top8.