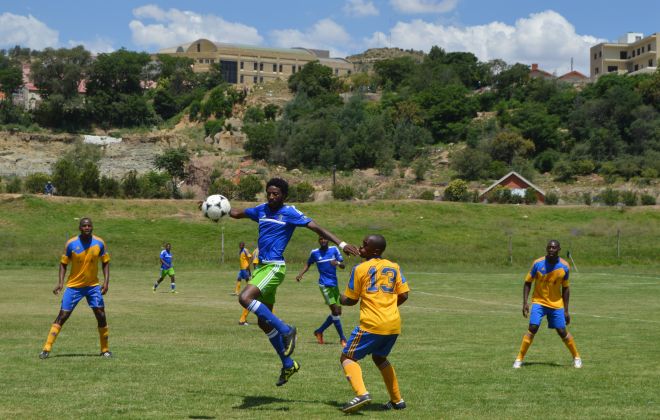 Kick4Life are hoping to carry their good form in the Top4 into their encounter with LMPS at LCS grounds on Sunday in the Econet Premier League.

Kick4Life welcome an in-form LMPS side after the independence Cup break where the Old Europa side grabbed bronze by beating Lioli 2-1. LMPS are on two wins, a draw and a loss.

K4L are currently seated in 10th spot on the log after accumulating four points from their opening three matches.

The team looked in a great mood during the training sessions this week and coach Leslie Notsi said they are in great spirits, and are ready to contest the Police tie.

“We are ready, it was a good experience for us in the Independence cup and there are so many attributes we can take from the competition into our game. I think the win against Lioli was a big boost for us especially because when you look at the records, we had never beaten them,” said Notsi in a press conference.

The two encounters against Sky Battalion and Sefothafotha are yet to be played after being postponed by the Premier League. In the last league encounter, K4L played to a goalless draw against LCS. Prior to this tie, they were beaten 3-1 by the highflying Lioli at Setsoto stadium.

LMPS on the other hand, currently boasts one of the best defence in the Premier League with duo Basia Makepe and Nkau Lerotholi doing well at the back. However, Lerotholi is doubtful for tomorrow’s clash.

They have reinforced their squad with Relebohile Mabone from Matlama and Katleho Tatai from Sky Battalion. In their last meeting with Kick4Life, Simunye lost 1-0 to K4L with Thabiso Brown’s goal coming in late in the game.

If there is anything to go by, this match is expected to produce fireworks as the two clubs are hoping to pick up maximum points as they seek to make an early impression in the Econet Premiership log.