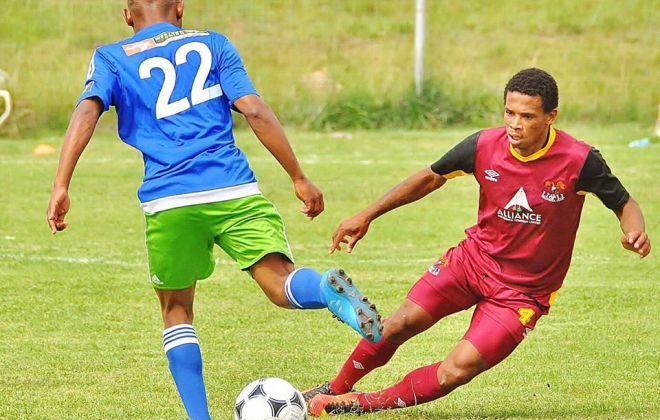 K4L aim to bounce back against LDF

Kick4Life will look to return to their winning ways when they host Lesotho Defense Force in the Vodacom Premier League on Saturday at LCS grounds.

They suffered a 4-1 defeat last Saturday against Lioli, seeing them recording a second loss after ten games. However, despite the loss, the Old Europa side are still motivated going into this game against the military side as they remain top of the table.

To coach Leslie Notsi, facing LDF is always a nightmare and for this one in particular, he is expecting a tough encounter considering they have been doing well in the previous games, putting aside their (LDF) past weekend’s results.

“LDF is a great team, they have the best squad lined up and when you play against them, they will always give you a run for your money. However, we have also been doing well, I talked to the players after our loss against Lioli and they have put that game behind them, so I am hopeful we will get the maximum points out of this one,” the coach said.

LDF on the other hand were dealt with a blow when five of their players were found guilty and suspended for three matches by the Premier League Managing Committee over violence conduct.

Dumane Lethakha, Matli Matli, Mofolo Lepheane, Tsepiso letuma and Mohloai Koetle are the five players who received a whopping from the PLMC. Moreover LDF were docked three points and three goals from their pool, seeing them left with thirteen points, and also moving from the third place, dropping to the eighth position.

However, with LDF having lost their key players and also losing points, it is not going to be an easy ride for Kick4Life as LDF will want to prove a point and restore their parity. Kick4Life on the other hand also have doubtful players as Mukete Mboh might be out this weekend as he is still nursing his injury while Bokang Mothoana might also not feature in the team.